Finance officials are reluctant to disclose any figures, but a Treasury Board document has revealed that the federal cabinet has approved more than $64-million in ad spending for 2012-13.

For those concerned about our government's support of Canada's beleaguered sincere-voice-over industry, this figure – which includes $16-million to advertise the Conservatives' "economic action plan" and $5-million for their "better jobs" ad campaign – sets Stephen Harper's team of fiscal conservatives safely on the path to matching the $83.3-million they spent in 2010-11.

There are those who have portrayed this expenditure during a time of dire warnings and spending cuts as an example of the Conservatives' skewed priorities, as part of a permanent re-election campaign run at our expense. I would love to be one of them. But there's something in this government's manner, and my nature, that has me blaming myself instead.

Maybe if I had paid more attention to my government's initiatives, it wouldn't feel the need to drop $83-million in hints all the time. Look, I admit it: I totally forgot our War of 1812 anniversary. I've been really busy at work. I'm sorry. I guess $4.5-million in ads commemorating something that occurred before Canada was even a country is not out of line.

You buy yourself something pretty, government that is behaving like the Most Passive-Aggressive Girlfriend of All Time.

I understand our government would like us to appreciate or even notice its efforts on our behalf. But it's starting to feel as if the government is vacuuming angrily under the feet of the nation while it is trying to watch the game.

My fear is that unless we start paying more attention, maybe start answering all of our government's e-mails, this situation is going to get worse, draining more money from programs designed to improve the lives of Canadians in tangible ways that do not have to be explained to them in television ads every night.

You mark my words, we keep going along the path we are on now and a "Hey, Canada" radio ad will run: "Have you noticed anything different about the economy today? No? Really? You haven't? Oh. … It's no big deal. It's just this thing I've been working on since early in the fiscal quarter, that's all. A message from the Government of Canada."

"Hey, Canada," a sad voice will intone over shots of rolling prairies, rocky mountains, families looking up from taking groceries out out their cars, "I was just looking at our album of photographs from the Vancouver Olympics. Do you remember the Vancouver Olympics? Do you remember how I asked you to bring me that podium? And reminded you about it every day? No, I guess you don't. A message from the Government of Canada."

If you don't take the time to call your Conservative MP regularly, or at least text, you can expect this kind of thing: "Hey, Canada, I was reviewing our comprehensive new Internet-surveillance legislation while you were at work the other day. I happened to see that you've been getting some e-mails from the NDP lately. What? You didn't even delete them. Look, you do whatever you want, but I'm pretty sure that is not what Laura Secord had in mind when she ran through the woods in slow motion for our future. But I guess that's not a part of our heritage that you think about that much, or that you think merits going out for dinner. A message from the Government of Canada."

It'll be left on a stickie on your desktop.

Maybe what the government is hinting at is that it would like to see some sort of reciprocal gesture from Canadians, beyond the fact that we did actually give the Conservatives a majority in the last election. I wonder if in part we did that because we thought it would make them less needy. This is seldom a good call.

Do they want us to take out ads publicly thanking them for their efforts? Or maybe just a simple billboard: "Hey, government, did you do something different with your hair today? I think you did. I like it." 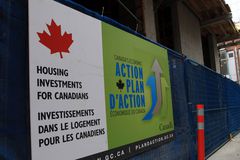