"I wrote back asking her to verify her identity and with more q's. Didn't hear back. Will check my spam filter," said Sun News Network's Ezra Levant, responding on Twitter to claims by a woman kissed by Justin Trudeau at her wedding that she wrote to correct Mr. Levant on his account of her happy day.

Mr. Levant ranted that Mr. Trudeau had intruded on the couple's photo session, insinuating that Mr. Trudeau has no respect for marriage. Hardly surprising, given that, according to Mr. Levant, Justin's father was a "slut" and his mother "was not much different" and did not like to wear panties.

Sun News Network's sexual obsession with the Trudeau family is pure Canadian paraphilia right up there with wanting to have sex with a Tim Hortons maple-glaze doughnut, but my main concern here is Mr. Levant's e-mail issues. Clearly valuable information isn't getting through. What if the mysteries of the world are solved in that folder? What else has he missed?

Thankfully, Ezra's been hacked. I give you Missives From Mr. Levant's Spam Folder:

I'd like to come out of my arboreal dwelling, submit to a DNA test, and give you a frank interview reflecting upon my life, in a series of pithy, ribald, yet suitable-for-prime-time anecdotes.

I realize I'm a reclusive forest-dwelling creature and you're a bombastic television personality, so it's an odd match, but if your viewers believed anything you said about the Roma, I'll at least get a hearing. I await your reply.

It's Scarlett Johansson. You're not like any of the guys I meet in Hollywood – or working in a professional capacity in any aspect of the industry worldwide. Wanna hang out some time? xo

Our fearless leader wishes to open our borders, allowing the people of North Korea to freely travel, but only if he can announce it on your show. I plead with you to respond immediately. He insists on your involvement and will be compelled to unleash the terrible might of the North Korean nuclear arsenal on Canada if you fail to respond. Loves the show.

Look, you know what Kim Jong-un is like when he gets a bee in his bonnet (and he does in fact keep an actual bee in his actual bonnet): There's no changing his mind. We've been trying to get rid of that bee for months; there's now honey in his hair. When you're done freeing the people of North Korea, Ezra, could you talk to him about that?

Minister of Foreign Affairs and Far Too Domestic Apiaries,

I am Arthur, King of Britons. I have, as Geoffrey of Monmouth indicated I would, returned. My original plan upon awakening from my centuries of enchanted slumber was to aid Britain in its hour of need.

However, a cursory glance suggests I just can't work with David Cameron. The man is a complete prat. I shall aid Canada in Britain's stead.

You seem upset often, Mr. Levant, which I assume means you know what the greatest crisis facing your country is. Where should I get started?

Ezra. I looked it up. It means "Helper." I think I could help you, Mister Levant. I know I'd like you to help me.

I am Shakespeare. I wrote Shakespeare. It is as sure as you are Ezra and I will not see this simple truth suppress'd. These fools and knaves doth tread upon my patience. I have all the originals. Make haste. I am olde.

I cause the hum. I cause that bass-heavy, low-key noise that periodically builds and subsides and I'd like to tell you how and why. I've documented the hum recording and broadcasting process.

I want my story to be heard (like the hum!) and you're the person to tell it. I like your style, little buddy.

I don't know why people complain about the hum. This is just what I've elected to do in my well-earned retirement.

Hey there Ezra, I am wearing no panties.

Arguably, Mr. Levant has a responsibility to his country, certainly to his profession, maybe even to himself, to check his damn e-mail. 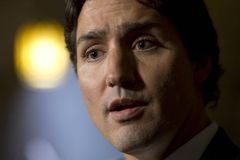 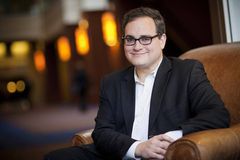