What we learned this week, in response to a House of Commons order-paper question by Liberal MP Scott Simms, is that through Health Canada our government spent just over $7-million on anti-pot ads targeting the parents of teens.

This amount is nearly $2-million more than Health Canada spent in total on advertising the previous year on a range of issues – including immunization, adverse drug reactions and food safety.

What made our government so extravagantly alarmed about kids smoking weed, all of a sudden? It has been suggested that the motivation for this campaign is Liberal Leader Justin Trudeau's promise to legalize and regulate marijuana sales if the Liberals are elected. This move, the Conservatives claimed in an attack ad that ran concurrently with the tax-funded Health Canada ads, would make it easier for teens to get their hands on pot.

This is a bit like saying: "That train, whatever other problems it would undoubtedly solve, might bring more coals to Newcastle."

Trust me, Canada, the town is stoked and anyone not firing up around here isn't holding back because they have concerns about supply. Even if, and there's no reason to think this would be the case, legalization of pot led to more pot (dear God, there are houses in Canada that would have to build silos), there's no evidence to suggest this would result in more young people smoking it. No kid offered a joint at a party says, "Well, I don't know. How much do you have?"

That the government chose to produce an ad that parades so gleefully across the line from alarmist to pretty damn trippy (it's the Gumby episode of anti-weed ads) does suggest that this is less about reducing how much illegal, yet omnipresent, dope that kids smoke in this country than it is about politics. The College of Family Physicians of Canada, the Canadian Medical Association and the Royal College of Physicians and Surgeons of Canada, all of which think, quite rightly, that it'd be a good idea if Canada's youth opted to smoke less dope, refused to endorse the ads because of their political overtones.

It would certainly appear that, with this call-and-response type of advertising, the Conservatives have found a way to get more bang for your buck. I expect we'll see similar campaigns in the future.

I bet Health Canada has a message to get out about seasonal allergies. I'm seeing an ad this spring chock full of red-eyed Canadians. They're coughing. They're blowing their noses. Pollen is huge in this ad. Visible pollen. Pollen pours from the trees and rolls out of the forest in a noxious fog.

A soothing voice that still manages to employ a tone of panic suggesting "if this is worrying a preternaturally calm person like me, you should just start screaming right now and never stop," asks if we know that "today's pollen is 300 to 400 times stronger than it was 30 years ago."

This is not the pollen of your youth, we are to infer. It probably attracts killer bees. A suggestion we "get the facts" follows a series of dire text warnings and rather contentious facts that float across our screen, only to be swallowed up by the pollen that clouds in as though Odette is about to appear and we are going to have to sit through an allergy allegory of Swan Lake. Something grim about the hours of productivity lost to sneezing in this country. "A message from the Government of Canada."

At the same time, the Conservatives could run a radio ad in which Mr. Trudeau says a series of generally inoffensive things about the economy – but for some reason, during the entire ad, there's an unexplained and very loud rustling of leaves.

I'm envisioning a television version of this ad in which Justin Trudeau's face is superimposed over a field of ragweed. The tag line is: "And he wore an undershirt that one time." I'm seeing a massive Health Canada ad campaign on the benefits of breastfeeding. A series of hungry-looking babies cry and reach out for breasts that aren't there! A Conservative print campaign runs in all papers: Justin Trudeau in that undershirt again (man, Conservatives love that undershirt. Guys, if you want an undershirt, we will get you one) with text that reads: "Justin Trudeau – he's not ready to lactate."

I await, from Employment and Social Development Canada, mournful accordion over sad barbers beside empty chairs and those endless shots of long Liberal locks the Conservatives cache inexhaustibly. Tag line: "Justin Trudeau – not ready for a haircut." 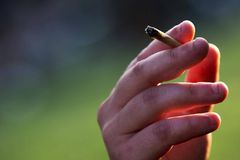 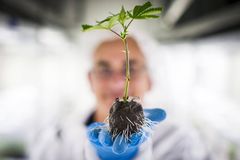 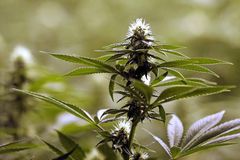