Dalton McGuinty's fight with public-sector unions has denied him a by-election win that would have given him back a de facto majority government. It's cost him the organized-labour support that helped his Liberals win the last three general elections. It's causing unease within his caucus. And it's made it more difficult for him to conduct his favourite go-to photo-ops, alongside smiling students and their teachers.

If that last one seems like the least of Mr. McGuinty's troubles, it points to the biggest political danger for the Ontario Premier: the loss of one of the country's most enviable political brands.

Revolving around faith in the power of government, passion for a few policy issues (most notably education) and preference for conciliation over conflict, that brand has helped Mr. McGuinty win three straight elections. And what's been key to making him an effective salesman, to getting enough voters to feel relatively comfortable with him, is that he's clearly believed in what he's selling.

It wasn't always thus. In Mr. McGuinty's first campaign as Liberal Leader, in 1999, his campaign had no idea what to do with him. He tried to run as a sort of blue-lite alternative to then-premier Mike Harris, and came off looking so insubstantial that he never stood a chance.

In the four years between that campaign and the next one, Mr. McGuinty's campaign team did what many fail to do: They figured out what made their guy tick, and how to sell it to the electorate.

Over his first two terms in power, the Liberals played more and more to the Premier's strengths. Get him into a school, around kids and teachers, and he lit up; get him talking about working with "partners" in the broader public sector to build a brighter future, and he seemed credible; get him as far as possible from populism, and he was in his element. He wasn't exciting anyone who didn't hold a party membership, but to enough Ontarians he seemed sincere and trustworthy – more so than rivals, such as Progressive Conservative Leader Tim Hudak, who seemed like they were only saying what they thought voters wanted to hear.

But if Mr. McGuinty stayed in power long enough, the harsh realities of having to govern were bound to catch up with him. And now that they have – in the form of a budget deficit due mostly to economic circumstance, but also to his inclination to buy labour peace – he's trying to perform an epic pivot out of his comfort zone.

It's not just that Mr. McGuinty has done what he previously dismissed as a bad idea, legislating a tough new contract on erstwhile allies in the teachers' unions; it's that he signaled months ago that he intended to make an example of them, seemingly relishing the conflict. Look at some of the government's anti-union messaging during that by-election in Kitchener-Waterloo, in which the Liberal candidate finished a dismal third, and it almost could have been from the Mike Harris era.

Liberals, including those who were around Mr. McGuinty during his rise to power, insist this is proof that his billing as "the education premier" was always about more than just cuddling up to teachers; that it's about doing what's best for students, just as a battle with doctors is about making sure health care remains stable.

From a governance perspective, the about-face is preferable to rigidly playing to type when the province can no longer afford for him to do so. And considering that his ability to get tough with teachers was widely seen as a litmus test for his seriousness about getting the finances in order, perhaps there will even prove to have been political advantage to it.

But Ontarians could also conclude that they don't know their Premier as well as they thought they did, or that he's lost sight of who he really is, or that he's selling something he doesn't really believe in.

Soon, we'll find out how strong and how flexible that brand really is. If it's been compromised, Mr. McGuinty could be as adrift in his last election as leader as he was in his first. 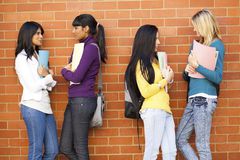