At first glance, allegations made by the RCMP that Senator Mike Duffy paid $64,916 to Gerry Donohue, his old friend from the 1980s, to do almost nothing, do not appear to reflect well on Mr. Duffy.

According to court documents filed by the RCMP this week, Mr. Donohue has "acknowledged that he produced no tangible work product for Duffy." The retired television technician had no prior government consultancy experience before Mr. Duffy engaged his services, but says that over four years he did online research for the senator and provided him with verbal advice on subjects "such as obesity, or being a Conservative." Sometimes Mr. Donohue, who in one case billed $200 an hour, told the RCMP he'd watch the news and then chat about it with his old friend.

However, in the generousness of spirit that should accompany Thanksgiving, I caution Canadians not to jump to harsh conclusions about the business transaction in question – the money for which came from Mr. Duffy's Senate office budget.

Mr. Donohue maintains the money never reached him personally anyway. He was on disability, so taking it would have been illegal. The payments were made to a corporation for which his wife and son were directors, and since no one has suggested Mr. Donohue was being paid to provide financial advice, and thus had any expertise in that field, it's unfair to assume the man knew a way to get around that one.

Let's be charitable here and consider any and all plausible reasons why this payout could have been a worthwhile expenditure of tax dollars.

Has the RCMP considered the possibility that Mr. Donohue is just an exemplary Googler? Not just a gifted Googler, but world-class? Mr. Donohue might just be the Robert Johnson of the search engine. Perhaps Mr. Duffy, possessing a keen eye for this kind of ability, spotted Mr. Donohue back in the eighties flipping through a card catalogue as if the devil himself had taught him the Dewey decimal system. This would explain why, when the time came, Mr. Duffy knew who best to charge with the task of typing "How to be a Conservative?" into a search bar and then clicking "I'm feeling lucky," which I'm sure Mr. Donohue did like a god.

Arguably, the amount paid for the service of providing advice on "being a Conservative" suggests neither nepotism nor outright corruption but only that the role of Conservative senator didn't come all that naturally to poor Mr. Duffy. Perhaps he required not just guidance on the basic tenets of the political philosophy of Conservatism, but constant course correction as well because – unbeknownst to the average Canadian – Mr. Duffy is instinctively a communist. Has the somewhat accusatory RCMP even considered that possibility?

Practically every week, the figure of $64,916 suggests, Mr. Donohue was likely approached by Mr. Duffy with some new proto-Marxist scheme. It would have been incumbent upon Mr. Donohue to say, for example, "No, Mike, I keep telling you, more regulation isn't the answer. A free market will encourage innovation."

Arguably, instead of speculating wildly and unkindly about whatever arrangement these two men had, we should be grateful to Mr. Donohue for his service. Let's censure less and instead count our blessings. Maybe we should be thankful on this weekend that Mr. Duffy recognized his own innate yearnings for a classless and stateless society and understood that these inclinations were going to prevent him from fulfilling the role of Conservative senator to which Prime Minister Stephen Harper personally appointed him.

Good for Mr. Duffy for getting the right man on the job! I wouldn't want to be the one tasked with driving over to Mr. Duffy's place every time his wife called in a panic because the senator was once again hell-bent on seizing the means of production and returning them to the hands of the proletariat.

"Put those means of production down, Mike, we've talked about this," I imagine Mr. Donohue used to say, as I don't now live in a country known as Big Cuba.

Far from raising new questions, this revelation merely answers some lingering ones. If Mr. Duffy was willing to pay a friend almost $65,000 for shooting the breeze with him about the TV news, that explains why the senator appears to have been nonchalant about the Prime Minister's chief of staff offering to personally pay off his $90,000 debt. Maybe in time it will be revealed that Mr. Duffy debriefed Nigel Wright on an entire season of Mad Men. Case closed. 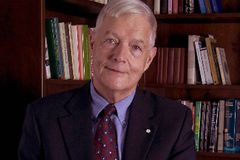 Senate audit costs – and other letters to the editor
August 16, 2013 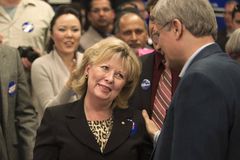 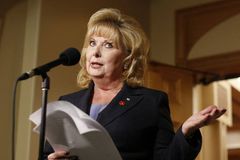 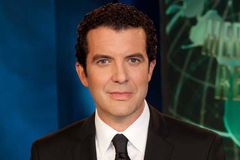