Note to my friends' adult children: Yes, I know the job market is tough. Those unpaid internships really suck. But if it's any consolation, at least you don't live in Europe. In Spain, every second young adult is out of work. In Italy, where youth unemployment has reached a staggering 36 per cent, one middle-class father told me he's moving his family to the United States so his teenage kids will have a future.

Europe is eating its young. Younger workers are the last hired, first fired. All they can get are temporary, short-term contracts – when they work at all. The contrast with their parents' generation could scarcely be more stark. Italy is full of retired government workers who were pensioned off at 58 or even 50. In Spain, job security for older workers has been so ironclad that companies needing to cut back often find it cheaper to close down entirely than lay people off. In France, companies are loath to hire permanent workers because they're too expensive. The result is a two-tier job market: caviar for the old, crumbs for the young.

Things aren't so good in the U.S. either, especially in the public sector, where pension costs are eating governments alive. Young police officers and firefighters can't get hired because older police officers and firefighters got pension deals that turned out to be unaffordable. But in a country where nearly half of all families now receive some form of government benefit, reform will be extremely hard.

No wonder young people have taken to the streets in protest. Who can blame them? The boomers have screwed it up so badly that there's nothing left for them. The trouble is that they are protesting against their own best interests. They should forget about the Occupy movement – and join the Tea Party.

So argues Niall Ferguson, the reliably provocative economic historian. In a new lecture series launched this week in Britain, he argues that the real crisis of Western democracy isn't rapacious bankers, rampant capitalism or inequality, it's massive public debt – debt that "allows the current generation of voters to live at the expense of those as yet too young to vote or as yet unborn." Our staggering levels of public debt are a fundamental betrayal of the young by the old. If we really cared about the young, we'd pay off these debts as soon as possible.

The situation is much worse than we think, because the official debts of nations don't include the enormous unfunded liabilities of welfare schemes such as old-age pensions and medicare – entitlements that overwhelmingly benefit the old. If corporations published figures this misleading, Mr. Ferguson contends, we'd throw the executives in jail for fraud.

The numbers are frightening. In the U.S., the gap between future federal government obligations and future revenues has reached an estimated $200-trillion – nearly 13 times the official debt. The unfunded liabilities of state and local governments amount to another $38-trillion. Unless these debts are curtailed, the next generation faces a bleak future of much higher taxes along with drastic cuts in other forms of public expenditure.

Yet instead of demanding cuts to unsustainable entitlements, most younger voters want policies that would make matters even worse for them. The protests in Quebec are just one example. The modest tuition increases proposed by the Charest government were part of a wider effort to address Quebec's crushing debt, which will weigh like a millstone around the necks of the next generation. Obviously, large parts of the next generation don't see it that way. As Mr. Ferguson puts it, "Young people find it quite hard to compute their own long-term economic interests." And that is one of the biggest barriers to reform.

Our ability to curb our debt addiction is the biggest test faced by Western democracies today. This is more than a financial problem. It's a moral problem. We have broken our social contract with the generations that come after us, and it's our duty to restore it. Mr. Ferguson says we could begin by insisting on an honest accounting from our governments about what our promises will really cost. The truth might even scare us straight. 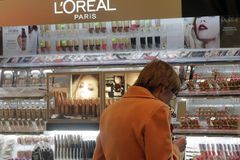 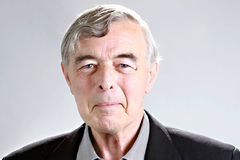