What is going on? Many analysts had expected emerging markets to generate exponential growth over the next decade. But now there is talk of how the global crisis is slowing down these economies and killing off discretionary spending.

But a slowdown in China's economic growth cannot really be blamed for slower sales of luxury goods or empty malls. The annual growth rate of China's $7.5-trillion economy decelerated to 7.6 per cent in the second quarter from 8.1 per cent in the first – hardly a cause for panic. Moreover, two-thirds of the decline is attributable to slower investment rather than slower consumption. For all of China's long-term structural problems, it is not exactly slipping into recession.

The real problem is that many analysts had exaggerated the size of the luxury-goods segment in emerging markets. China is by far the largest emerging-market economy, with 1.6 million households that can be called "rich" – defined as having annual disposable income of more than $150,000. But this is still smaller than Japan's 4.6 million and a fraction of the 19.2 million in the United States. The numbers of rich households in India and Brazil amount to barely 700,000 and one million, respectively.

The point is that developed countries still dominate the income bracket that can afford luxury goods. The explosive growth recorded by this segment in emerging markets in recent years reflected entry into previously untapped markets, with the subsequent slowdown resulting from saturation. The number of high-income households is still growing, but not enough to justify the 30- to 40-per-cent compounded growth rates expected by some.

This does not mean that growth opportunities in emerging markets have disappeared, but expectations do need to be recalibrated. Despite the economic boom of the past decade, China still has 164 million households that can be called "poor" (with annual disposable income of less than $5,000) and another 172 million that are "aspirant" (between $5,000 and $15,000). Similarly, India has 104 million poor households and 107 million aspirant ones.

The real story for the next two decades will be these countries' shift to middle-class status. Although other emerging regions will undergo a similar shift, Asia will dominate this transformation.

A study by economist Homi Kharas of the Brookings Institution gives us a sense of the scale of this change. He estimates that 18 per cent of the world's middle class lived in North America in 2009, while another 36 per cent lived in Europe. Asia's share, including Japan, was 28 per cent.

But Mr. Kharas's projections suggest that Asia will account for two-thirds of the world's middle class by 2030. In other words, Asia will displace not just the West, but even other emerging regions. This is the real business opportunity.

Of course, the rise of Asia's middle class is not the only change we should expect. We are in the middle of a social and demographic shift that will both destroy and create consumer markets. The aging of developed markets is well known, but the latest data show that emerging markets are aging at an even faster pace.

China's median age today is 34.5 years, compared with 36.9 years for the United States. However, the average Chinese will be 42.5 years old by 2030, compared with 39.1 for the average American. The median Russian will be even older, at 43.3 years of age.

The impact of aging is already being felt in these countries' education systems. The number of students enrolled in primary schools has fallen by 18 per cent since 1990 in China and by an astonishing 33 per cent in South Korea. At the other end of the demographic scale, the number of elderly people is growing explosively.

Meanwhile, the nature of the basic consuming unit – the household – is also changing rapidly. In most developed countries, the traditional nuclear family is in severe decline and is being replaced by single-individual households. In Germany, for example, 39 per cent of households consist of just one person. In the United Kingdom and the U.S., couples with children now account for barely 19 per cent and 22 per cent of households.

Nevertheless, it is not all about consumer atomization. We are simultaneously witnessing the re-emergence of the multi-generational extended family, with as many as 22 per cent of American adults in the 25-35 age group living with parents or relatives. By contrast, the extended family is giving way in India to nuclear families, which now account for 64 per cent of households.

All of these changes will profoundly affect the future of consumer markets. For example, we need to revise our mental image of the nuclear family from American suburbia to fit the rapidly expanding cities of India. By the same token, our mental image of the multi-generational extended family needs to include those in the West. An aging but increasingly middle-class Asia will be at the core of this new consumer landscape. 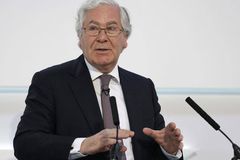 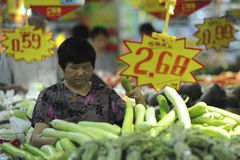