Anna Pippus is a Vancouver-based lawyer and director of farmed animal advocacy at Animal Justice.

Festival-goers are marking the start of summer solstice by gathering as communities to celebrate over barbecued meat.

This could be a scene from anywhere in the world, but the one making headlines is from Yulin, China – because the animals on the barbecue will be dogs.

The annual summer festival in Yulin has been widely criticized, mostly by Westerners who aren't used to thinking of dogs as food. Images and footage of filthy dogs crowded into cages and being brutally slaughtered zoom around the Internet, leaving a wake of outrage and condemnation. And rightly so: the cruelty depicted is stomach churning.

It's easy to criticize a practice in which we don't participate in a place many of us have never been. Harder is taking an uncomfortable look in our own backyards – or in this case, on our own barbecues.

In Canada, it's considered standard practice for chickens and pigs to be so crowded in pens or cages that they can barely move – not just for a few days, but for their entire lives. When we look at a picture of a cage filled with dogs or cats, we instantly recognize the fear and stress that would cause. We live with these animals, and we know they would find being body-to-body with strangers against their will to be terrifying and enormously stressful, just as we would.

This is a hard truth for some meat eaters in the West: The animals we call food are no different than dogs, in their ability to suffer emotionally and physically.

In Yulin, critics point out, the dogs are boiled and skinned alive in some cases. This is barbaric and indefensible.

It's also barbaric and indefensible that many tens of thousands of chickens and pigs are scalded to death each year in Canada when they are improperly slaughtered, as tallied in our federal government's antemortem examination reports. And workers report that too many cows are skinned alive on fast-moving slaughter lines.

Some in Yulin believe that adrenalin makes meat more flavourful, thus defending the pain and fear inflicted before death. We don't prize adrenalin in meat in Canada, but it happens so often that the industry has a term for it: pale, soft, exudative – or PSE – meat.

In other words, pigs, chickens and cows can be so stressed at slaughter that it can fundamentally change the resulting meat – and it happens often enough that it goes by an acronym.

There's a moral difference between deliberately and accidentally causing stress, to be sure. So let's talk about foie gras: ducks and geese are intentionally inflicted with severe and painful liver disease to create a luxury food product, a process so inherently inhumane that it has been banned in countries from Australia to India to the United Kingdom. Meanwhile, we Canadians zealously defend our cultural right to consume foie gras.

Some Westerners have expressed disgust that the jubilant spirit of the Yulin festival is disturbingly at odds with the sombre and sad massacre. We ask, how can they celebrate this death?

We ask this while flocking to family friendly, government-sponsored rib-fest festivals all over the country. As with Yulin, the suffering and death is an integral, if invisible, part of the festivities.

Some animals on Yulin's death row are wearing collars, leading to the inference that they were once pets. The animals are afraid, abused and on the verge of losing their lives.

Yet, this is true for the former pets in our shelters – some euthanized, and worse, thanks to pound-seizure laws, some taken to research labs where they endure prolonged pain and suffering before death in the name of science. (For example, in 2013 – the last year for which data are available – the Canadian Council on Animal Care reports that over 10,000 dogs were taken from pounds by research facilities. Although humane societies are opposed to pound seizure, Ontario law requires them to turn over animals to labs.)

We're right to be horrified by the needless cruelty in Yulin. But we should recognize that it's easier to criticize others than it is to look in our own familiar mirrors.

The cruelty endured by animals in Canada, from life to death, is equally outrageous. Let us be equally moved to stop it.

Rage against Yulin, but let's be honest: We are guilty of animal cruelty too
June 19, 2015 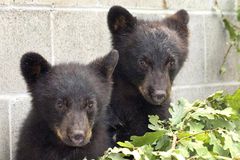