A year and a bit later, people with good intentions and big brains in British Columbia are still trying to figure out the impact of the latest Supreme Court aboriginal-rights decision.

Learned law articles have been penned. Certain aboriginal spokesmen have told the provincial government, as a consequence of the decision, to recognize aboriginal title everywhere and get on with it. Resource companies and other private-sector enterprises don't quite know what to make of the Tsilhqot'in decision.

Tsilhqot'in essentially recognized aboriginal title over a swath of territory for a previously nomadic aboriginal group. In this territory, with a few restrictions, the group now has de jure sovereignty, a precedent that, if extended over time, would leave B.C. pockmarked with little self-governing, largely sovereign aboriginal territories over which the Crown's writ would barely run.

What's clear about the Tsilhqot'in decision – and the long trail of previous aboriginal-rights cases – is that it makes for steady and remunerative work for lawyers. Essentially, the courts, and especially the Supreme Court of Canada, are making laws in this field.

Judge-made law, not political decision-making or government-to-First Nation negotiations, is setting the rules and then changing them with each new court decision.

The justices of the Supreme Court view issues from 35,000 feet. Their knowledge of on-the-ground realities is perforce limited and their interest in the actual or potential impacts of their decisions seems equally limited.

The aboriginal rulings are reminiscent of former justice Bertha Wilson's comment in her famous Singh decision on refugee-determination policy when she dismissed possible complications flowing from her ruling as matters of "administrative inconvenience." That "inconvenience" actually produced years of complication and chaos, huge financial costs, large backlogs and, of course, more work for lawyers.

In a carefully argued article in the Canadian Business Law Journal, they wrote that given the court's enormous responsibility as the "ultimate adjudicator" that "considerations such as economic implications and political outcomes should be relevant to the judicial process, even if not determinative. It is troubling to us that no reference is made in the court's decision to such possible implications." Instead, they describe the Tsilhqot'in decision as a "technical treatise on the law, with didactic overtones."

Dwight Newman, a law professor at the University of Saskatchewan and a constitutional-law expert (and long-shot candidate for the Supreme Court of Canada), also worries about the gap between the court's legal rulings and on-the-ground reality. In an excellent survey of recent aboriginal law cases for the Macdonald-Laurier Institute, he observed that "for a variety of reasons, including from non-aboriginal Canadians with certain perspectives on environmental and other matters, it has become extremely difficult to get major infrastructure projects done in Canada. Amongst others, the impacts of aboriginal title and of the duty to consult on long linear infrastructure projects are subject to an immense lack of clarity."

Everyone who comments on aboriginal affairs, and courts that legally define them, agrees that negotiations are better than litigation. In B.C., however, the Treaty Commission that was supposed to bring about treaties throughout the province has been an almost complete flop.

The provincial government has all but given up on the commission process, as have the majority of aboriginal groups. What seems to be happening "on the ground" is twofold: Companies and aboriginal groups are getting on with negotiating deals ("muddling through," as one astute B.C. observer said), with little attention being paid to Supreme Court rulings, while some of the more vocal provincial chiefs talk up court rulings, heap more demands on the governments and, in a few cases, head back to the courts seeking further expansion of aboriginal rights.

A gap exists in B.C., as elsewhere in Canada, between chiefs who receive a lot of publicity and are therefore prone to exaggerated and colourful rhetoric, eagerly reported by the media, and other, mostly younger chiefs, who want development because their communities desperately need training, jobs and incomes.

A big summit of chiefs and the provincial government is scheduled for the fall. A previous one, not long after the Tsilhqot'in decision, was more heavy-duty rhetoric than substance. We'll see if the next one is any different.

Opinion
Legal victories no sure bet for native groups
June 24, 2015 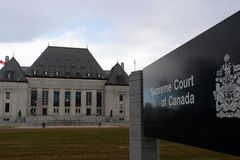 Province, First Nation agree to interim rules for use of land won at Supreme Court
March 13, 2015