I have to wonder what that "ka-ching" sound the Conservative team hauled into their campaign last week meant to anyone under 25 who witnessed The Stephen Harper Show. They are a generation raised on better television.

Using fake money – a currency now valued only slightly lower than the Canadian dollar – Mr. Harper stood awkwardly at a campaign event while a woman counted out the amount that he claimed, with all the sincerity and factual accuracy of a game-show host, a Liberal government would cost each Canadian family.

All while a loud cartoon ka-ching! sound played.

It was an odd move for a party that has worked overtime to portray Liberal Party Leader Justin Trudeau as unstatesmanlike. If I were the Liberals, I'd have been tempted to go with a new ad: "Stephen Harper, not ready for the Second City Touring Company."

Later, Mr. Harper repeated this game-show performance at other events, never not looking like the guy who'd been scratching his nose, not volunteering to join the magician on the stage.

It was painful to watch. I grimaced. It made me nostalgic for the halcyon days of the Conservatives' earlier efforts – way back when they just campaigned by making us watch Islamic State propaganda footage of people being executed.

Comedy is hard. Yet, having spent the first nine weeks of the election trying to frighten Canadians into voting for them, the cash-register routine seems to have been an attempt to lighten the mood. We can only be grateful they passed on the whoopee cushion.

After introducing Canadians to the perils of terrorists abroad, refugees anywhere, their neighbours at home, Westminster-style parliamentary democracy, two women in drapey headwear and the possibility that, if people vote Liberal or NDP, they will get a Liberal or NDP government – a threat that may not be resonating as well as they think it is – the Conservatives started playing for laughs. And that's when it got scary.

Over all, it's as if the Harper government is like a television show that has been allowed to go on two seasons too long. At this point, half the producers and several of the lead actors have been fired – some weren't testing well with the audience at home, others seemed to have flamed out and are currently under police investigation – many of the original cast mates have quietly opted to move on to other things and, in classic television style, the show seems to have run out of ideas, and has begun to resort to gimmicks.

Why, at various points in this campaign, they've all but promised that, next episode, someone will die! The Conservatives would have done better introducing a vampire; it worked for Dark Shadows. Instead, this week they decided to write the characters of Rob and Doug Ford back in. Who the hell thought that was a good idea? What did that story meeting look like, Conservatives?

"Hey, let's go after Justin Trudeau for his plan to legalize marijuana. He wants it to be sold as a controlled substance, like alcohol – so, dispensed from strictly licensed outlets, to ID-bearing adults, instead of, you know, to your children and from the locker of some heavily bearded guy named Mikey with highly questionable, explicitly expressed taste in music who's inexplicably still in high school – as is the Canadian tradition. Let's claim that going a long way toward putting guys like Mikey out of business normalizes drug use in the minds of children, and at the same time let's have Stephen Harper attend an event hosted by the world's most famous crack smoker and his brother, who is alleged to have dealt drugs."

"As a storyline, this is confusing," a veteran staffer says, "but it will get people's attention …"

Yes, at this point, although they may win, the Conservatives' campaign is pretty much Lost.

"I'm not so sure about this one," a consultant responds nervously. "Couldn't we just write in a cute, wisecracking kid character?"

"Look, do you know anyone under 30?" the veteran staffer answers. "I hear they live in rings of mushrooms."

"As I've said, 'Tobacco … does a lot of damage. Marijuana is infinitely worse,' " says Stephen Harper, apparent crack agnostic. "And I believe they live under hills."

So, they went with the Ford brothers and stayed with the ka-ching. Even though in this, our age of "insert or tap your card," that sound is a near-perfect metaphor for "out of touch with contemporary economic realities." It's as if the Conservatives are increasingly receding into the past. Before this election is out, Immigration Minister Chris Alexander may well warn Canadians of the threat that marauding Vikings pose to their coastal monasteries.

Hey, I get it now! And sure, after nine years, everyone gets one time-travel episode! Next up: The Conservatives win a trip to Paris, jump over a tank of beavers on a motorcycle and add a tiki-bar set where they all hang out.

For certain, from now on, the Conservatives are just going to spend way too much time on the holodeck. Or, you – yes, you – could bring proof of your identity and something with your current address on it to your local polling station, and we could try something else in that time slot.

Opinion
Harper wanted the niqab to divide and conquer – but that has backfired
October 16, 2015 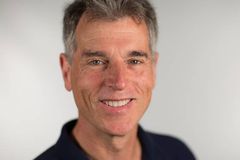 Opinion
Time and strategy were on the Liberals’ side
October 16, 2015