That's a nice little gift the Liberals, who hold their policy convention this week, have plopped in the hands of the Conservatives. Retired army commander Andrew Leslie, one of Justin Trudeau's star recruits, is on the hot seat for taking $72,000 in moving expenses upon his retirement in 2011.

Mr. Leslie appears to have abided by Defence Department regulations. But in the wake of the Senate expenses scandal, any hint of high billing on homes has a toxic ring. The Conservatives, led by Defence Minister Rob Nicholson, are jumping all over it. It fits in nicely with their plan to undermine the Liberal convention, which we learned about last week from a leaked Tory planning memo.

The memo revealed that instead of waiting until convention's end to issue an intelligent critique, which would be the normal, mature way of operating, the Conservatives intended to disrupt Liberal communications, to spread false rumours of a split between the young leader and former prime minister Jean Chrétien, to ridicule Mr. Trudeau's support for marijuana legalization, and so on.

The news about the leak disappeared in a day or two. It's hardly even a surprise from Stephen Harper's sleaze machine. The venom never seems to stop flowing. If they've heard of the word "class," it's hardly apparent.

We recall last year how the Prime Minister's Office sent out party interns in the guise of normal citizens to disrupt a speech by Mr. Trudeau on Parliament Hill. (Ironically enough, the speech was on the need for transparency in governance.)

What helps the Conservatives is that they can always find an example where the opposition parties have run afoul of ethical standards themselves, then use it as a shield for their own low-grade activities. The news about Mr. Leslie, which will spread fear through untold numbers of military personnel, is an example.

By and large, though, with all their follies in recent times, the Tories have been making life rather easy for Mr. Trudeau. They want to portray his Liberals as disunified, according to the leaked convention memo. But notice how they are portraying themselves – after presenting their budget last week, the Tories split into several pieces over the issue of income-splitting.

Economic policy will be a major focus for the Liberals at their convention. They'll be touting plans for an infrastructure rebuild and they'll toss around a lot of generalities about the need for middle-class resurrection.

Their other main focus will be restoring trust in Canada's democracy. Mr. Trudeau's surprise move to disband the Liberal caucus in the Senate has put him at the forefront of democratic reform. Whether the move actually works in practice is a big question, but the gambit eased criticism that he lacks substance. On the weekend, there will be enthusiastic talk among Liberals about another major reform idea: proportional representation.

The Conservatives handed Mr. Trudeau a gift on democratic reform with the Senate expenses scandal. More recently, they brought in their so-called Fair Elections Act (quickly rechristened the "rigged elections act" by New Democratic Leader Thomas Mulcair). The act strips Elections Canada of many of its investigative powers.

It comes, interestingly enough, as Elections Canada is moving to conclude its investigation of electoral fraud in the 2011 campaign. Chief electoral officer Marc Mayrand has denounced the new act as anti-democratic and lambasted the Tories for accusing the agency of bias. The government appears to be out to intimidate him, the way other office holders lacking in subservience have been treated.

The Conservatives' respect for democracy is such that they are intent on ramming this extremely significant bill through Parliament. They've been refusing opposition requests for cross-country hearings, saying it would create a circus-like atmosphere.

Yikes! Imagine that. Having to hear from large numbers of Canadian citizens on legislation affecting the running of elections? Bad. Very bad. Should not be allowed. 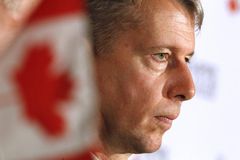 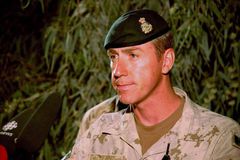