The Conservative campaign never really moved the dial for Stephen Harper. The party started the campaign at about 30 per cent in the polls and ended at about the same level. It has now been pushed back to its core support in western Canada and rural Ontario, about the same place that it was after the 2004 election.

With the benefit of hindsight, one can see that the basic conception of the Conservative campaign was fundamentally flawed. Making economic management the central theme was a good idea, but beyond that the campaign was too defensive, almost paranoid. "Protect our economy" – what kind of slogan is that? Fear of what opponents might do in government is important, but it can't be the only motivation. A campaign has to offer positive benefits to voters to secure their support.

Indeed, the Conservatives did offer benefits, such as enrichment of the Child Care Allowance, income splitting for parents, and raising the tax-free savings account contribution limit; but these had already been legislated in the spring budget, so there was little new to be said during the campaign. Even worse, making the offer so far in advance allowed the Liberals to craft their own counter-offer –richer benefits for most parents, a tax cut for everyone making more than $45,000 in taxable income, and higher taxes only for the "1 per cent" reporting more than $200,000 in taxable income.

Contrast this to the 2005-06 campaign, which first brought the Conservatives to power. Then they offered a GST cut for everyone and the Child Care Allowance for parents. The details were held back, so that no other party could outbid the Conservatives. And it was affordable because Paul Martin's government had run a surplus that could now be spent without going into deficit (that came later with the Great Recession of 2008).

Experience suggests that a conservative party cannot successfully run only on a theme of balanced budgets and fiscal responsibility, except perhaps when government spending has gotten completely out of hand. In normal times – and this was a very normal time – a conservative party has to show how its free-market, fiscally responsible policies will make ordinary people better off – and that means better off in the next four years, not in the past. The Conservative party of 2015 seemed to have forgotten the lesson of 2006.

Another problem was that the Conservative campaign was so centred around the theme of Mr. Harper's leadership. This might have worked before the Mike Duffy scandal, when Mr. Harper was widely respected if not liked; but the Duffy revelations did damage to his personal brand that had not been repaired by the beginning of the campaign. The leadership trope was such an obvious failure that by the end of the campaign, the party was reduced to running ads saying that Mr. Harper was "not perfect" and the election was "not about" him – quite the contrary to what the campaign was supposed to be.

Against this backdrop, dropping the writ early for an eleven-week campaign seems to have been another mistake, though it did cut off hostile third-party advertising. It was supposed to allow the Conservatives to capitalize on their financial advantage, but money cannot substitute for message. If you have nothing compelling to say, saying it over and over doesn't help. The long writ period allowed the campaign to be disrupted by external factors such as the Duffy trial, the refugee crisis, and the niqab decision from the Federal Court of Appeal. Since the Conservatives didn't have a persuasive message of their own, their campaign was easily thrown off track by such developments.

I have many friends who worked hard on the Conservative campaign, and having often been on the losing side, I can sympathize with their disappointment. I can't claim any superior wisdom. I didn't see any of these things when the Conservatives launched their campaign, though they now seem obvious in the rear-view mirror. But if the party is to win again in the future, it must draw the appropriate lessons from the past. Let the postmortems begin. 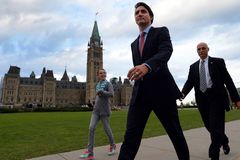 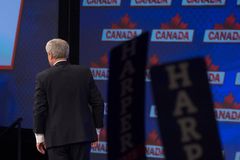 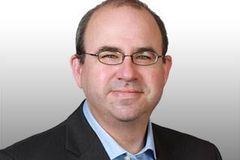