I usually hate shopping. I'm too impatient. When I find something I like, I buy two or three of it just to save time. My friend Barbara is different. She regards shopping as a cross between a treasure hunt and an aesthetic act. She can wade into Winners and spot the gold on a rack full of dreck. She has an eye for the rare and the refined. "Buy this!" she orders, and I do. I've never been sorry.

But today, among the eco-conscious haute bourgeoisie, shopping for pleasure and delight is out of fashion, even squalid. Our rampant consumerism is proof of society's decadence. The amount of crap we have is obscene. Our obsession with accumulating more and more material goods is destroying the Earth, to say nothing of our souls.

The evidence is all around us. Every year, we recoil with horror when barbarian hordes storm the gates of Wal-Mart on Black Friday and trample each other to death in pursuit of 48-inch flat-screen TVs. We gasp in disbelief at The Queen of Versailles, the hit documentary that chronicles the wretched excesses of a nouveau riche couple with no taste. The vulgarity of our moral inferiors makes us cringe and sneer.

How do we separate ourselves from them? Well, that's easy. By our refinement. Instead of buying tacky stuff, we buy adventure travel and theatre tickets. We limit our consumption of material goods (no overpackaging, please!) and strive to consume ethically. We buy gifts of organic perfumes made in rural co-ops by impoverished Afghan women. Instead of getting little Emma another Barbie doll for Christmas, we buy a goat on her behalf for a Kenyan village. This is thought to be very beneficial, for both Emma and the Kenyans, although I'm not sure about the goat.

Some of us go further. We vow to purge our lives of useless stuff. We embrace the newest status symbol: minimalism. One of the avatars of minimalism is Joshua Millburn, 31, who used to earn $150,000 as a telecom executive. He bought a lot of stuff, but it didn't make him happy. So he ditched his job, his house, his car and his wife and moved to a cabin in Montana with his best friend, Ryan, who was also sick and tired of empty material success. "Less is more," he says. Now the two have launched a cottage (or cabin) industry advising other people on how to live minimally, which includes a book you can buy for $14.83 on Amazon. (Some tips: Eat unprocessed foods, and ditch people who cause you stress.) It's selling very well.

There's nothing new about the search for simplicity, of course. It was always on the list of virtues, ever since Greek poets rhapsodized about the idylls of the nymphs and shepherds. But consumerism has its virtues, too – and they are much greater.

According to economic historian Deirdre McCloskey, the rise of middle-class consumerism is one of the most significant (and underrated) turning points in the history of civilization. Her book Bourgeois Dignity: Why Economics Can't Explain the Modern World argues that the modern world began around 1800, when values shifted in England and northern Europe. Entrepreneurship and wealth accumulation among ordinary people became celebrated, not despised. The embrace of bourgeois values – industry, commerce, social mobility, innovation – unleashed the greatest creation of material wealth the world has ever known. Real income per person soared, Ms. McCloskey writes, from $3 a day (where it had sat since ancient times) to the $125 a day that much of the world now enjoys.

This explosion of wealth introduced a new age of abundance, not just for kings and princes but for everyone. Prosperity brought much more than material goods. As Ms. McCloskey writes, "Give the middle class dignity and liberty for the first time in human history and here's what you get: the steam engine, the automatic textile loom, the assembly line, the symphony orchestra, the railway, the corporation, abolitionism, the steam printing press, cheap paper, wide literacy, cheap steel, cheap plate glass, the modern university, the modern newspaper, clean water, reinforced concrete, the women's movement, the electric light, the elevator, the automobile, petroleum, vacations in Yellowstone, plastics, half a million new English-language books a year, hybrid corn, penicillin, the airplane, clean urban air, civil rights, open-heart surgery, and the computer."

Sure, we spend a lot of money on tacky and vulgar stuff. But so what? We spend a lot of money on culture, hospitals and philanthropy, too. Our sneers at consumerism are misguided snobbery. "Material resources, for a life affording scope, aren't everything, of course; but they are something," Ms. McCloskey says. Anyone with the least exposure to the misery and degradation of people who live on $3 a day would surely agree. And anyone exposed to cultures where other values reign supreme – absolutist religious ones or the totalitarian ones of Mao or North Korea – would probably agree that bourgeois values are a better way to promote happiness and dignity.

So please ignore those joyless, soul-sapping, censorious puritans who insist on how rotten and corrupt we are. Deck the halls and buy a few more ecologically irresponsible gifts (no goats, please). Indulgence isn't the worst thing in the world. 'Tis the season of abundance, and we should celebrate, not let ourselves be guilted out.

The other day, I saw a fabulous Italian scarf that cost more than my first car. I hadn't planned to buy it, but it called to me. It whispered, "What would Barbara do?" And so I bought it. I'm wearing it right now, and I'm feeling very happy. 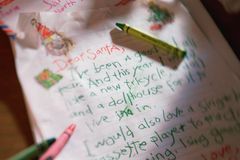 What the power brokers are reading over the holidays
December 14, 2012 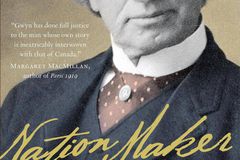