In December, Philippe Couillard, until then a rather pragmatic but not overzealous supporter of environmentalism, went to the Paris Climate Change conference and came back repainted in green. The Quebec Premier had been left starstruck by Al Gore.

The former U.S. vice-president and outspoken crusader had showered Mr. Couillard with laudatory comments about Quebec's record on the environment and had praised Mr. Couillard's "fantastic leadership" on the issue. "Quebec shows the way," Mr. Gore intoned after Mr. Couillard announced that the province would donate $25.5-million to help poor francophone countries fight climate change.

So Mr. Couillard was still in seventh heaven when a reporter asked him why his government had a share in an exploration project on Anticosti Island, a sparsely populated natural reserve in the St. Lawrence River believed to contain vast reserves of oil and gas. Mr. Couillard, brutally brought back down to earth, erupted. "That's not my project. I'm fed up with it. I would rather have not found it on my desk."

The contract between the province and several energy companies was signed by the Parti Québécois government shortly before the Liberals came to power, but – without enthusiasm – the Couillard government followed through. But, since the Paris conference, Mr. Couillard has started publicly attacking a project that is still subject to environmental studies. So far, Hydrocarbures Anticosti, which represents three companies and the government, has done 12 surveys and intends to drill in three spots this summer by fracking in order to evaluate the reserves' potential. This month, Mr. Couillard said he would "do everything to prevent drilling on the island." The door, he warned, is "not even narrowly open."

Alexandre Gagnon, the CEO of Pétrolia, one of the consortium's companies, has been left in the dark. Nobody returns his calls. "It's pretty weird," he told La Presse. "You're in business with a partner who keeps talking against the deal in public but refuses to talk to you." However, he said people at Ressources Québec, the group supervising the project, told him that everything is going ahead as planned. Quebec has invested $13-million in the project and is committed to a total of $57-million. Mr. Gagnon said the contract contains no withdrawal clause.

Still, Le Devoir has reported that "members of the government" have been covertly encouraging environmental groups to publish studies detrimental to the Anticosti project. Environment Minister David Heurtel did not deny the story. "All environmentalists should take part in the public debate," he said.

The business community worries that the Premier's abrupt flip-flop will hurt Quebec's reputation in financial markets. "What looked certain is not any more. This uncertainty will be very damaging," said Françoise Bertrand, head of Quebec's Federation of Chambers of Commerce.

Andy Gustajtis, a Toronto banker who helped Junex, another oil company, raise money for projects in Quebec, is more direct. "It's plain stupid," he told La Presse. "If you say to someone you don't want their money … they'll go where they're welcome."

Mr. Gore should have minded his words. Too much praise can go to some people's heads. 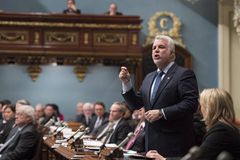 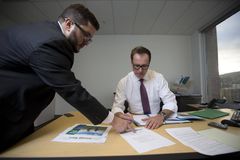 After Rona, province may halt future takeovers of Quebec companies
May 16, 2018 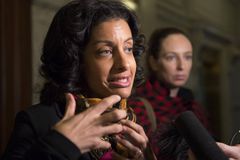