On Feb. 6, 2016 – one year after the historic Supreme Court ruling in the case of Kathleen Carter and Gloria Taylor – physician-assisted death will be legal in Canada. The Canadian Medical Association last week debated what life would be like for physicians and patients in this brave new world. One thing was clear: We are woefully unprepared for Feb. 7.

The Court said the Criminal Code's prohibitions on assisted suicide will no longer apply "to the extent that they prohibit physician-assisted death for a competent adult person who (1) clearly consents to the termination of life and (2) has a grievous and irremediable medical condition (including an illness, disease or disability) that causes enduring suffering that is intolerable to the individual in the circumstances of his or her condition." It also stated that physicians cannot be compelled to hasten a person's death.

In the yawning gap between this straightforward theory and the complexities of everyday practice lie many questions:

• When a patient asks for a hastened death, who will they ask?

• What do the terms "grievous and irremediable" and "enduring suffering that is intolerable" mean?

• Who will determine a patient's capacity to consent?

• If a physician can't be compelled to perform the act, does he or she have an obligation to refer to a doctor who will?

• How long will the "cooling off" period be between a request and administration of a lethal drug?

• Who will train doctors to administer these drugs?

• Does a physician have to administer a lethal drug in hospital, or can patients take pills on their own at home?

• Will there be a billing code for assisted death?

• What do you write on the death certificate?

• Will life-insurance payouts be denied because a person is opting for a form of suicide?

The Supreme Court suspended its ruling for one year to give the federal government time to come up with an amended law (or not), and to allow provincial governments and regulators to prepare.

The government of Stephen Harper, which didn't like the ruling, did nothing until July, when it appointed a committee to consult Canadians (and stipulated it could not consult during the election campaign). Ottawa is clearly abdicating its responsibility.

The provinces, led by Ontario, have appointed their own consultative committee, but it won't report till year's end.

What that means is that much of the heavy lifting will be done by the Colleges of Physicians and Surgeons, the regulatory bodies that oversee doctors' work in each province. Physician groups like the CMA will also have to do much of the preparatory work and, to their credit, they are doing so. (The focus is exclusively on physicians because the court said nothing of the role of nurses, pharmacists or others in assisted death.)

About 84 per cent of Canadians support the right to die, according to a poll commissioned by Dying With Dignity. Doctors, like the general public, are largely supportive of patients' right to choose, but not all of them are willing to administer a lethal cocktail: 29 per cent overall, according to a CMA survey, and 65 per cent of family doctors, according to a small poll by the College of Family Physicians of Canada. Very few will actually be asked to do so.

The thorny question for many doctors is referral. If a patient requests assisted death, do they have an obligation to refer to a doctor who will perform the act? Some physicians see this as morally equivalent to administering a lethal drug. And many physicians who have no problem referring feel that mandating them to perform specific tasks undermines their independence.

The CMA struggled with this question and ultimately adopted a wishy-washy position that doctors have to provide "information" to patients. Provincial regulators will no doubt be a lot more clear in stating that there is a duty to refer, and that patient rights trump physician rights.

Life-and-death decisions need to be made in an ethical context.

What patients and physicians alike need is not painfully detailed legislation, but some clear and sensible parameters for ensuring both those who choose assisted death, and those who will administer it, are treated in a respectful and dignified manner.

Leaving the creation of those rules until the last minute is anything but. 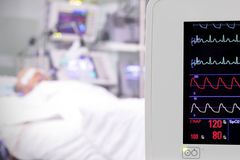 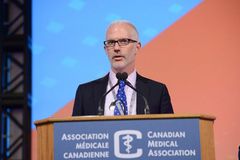 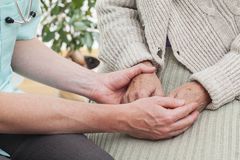 Palliative care is improving, but PEI must embrace wishes of the dying
August 13, 2015 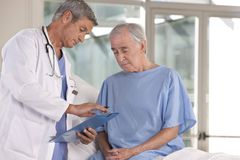 Opinion
Canadians deserve stronger response on assisted death
July 20, 2015
Follow André Picard on Twitter @picardonhealth
Report an error Editorial code of conduct
Due to technical reasons, we have temporarily removed commenting from our articles. We hope to have this fixed soon. Thank you for your patience. If you are looking to give feedback on our new site, please send it along to feedback@globeandmail.com. If you want to write a letter to the editor, please forward to letters@globeandmail.com.
Comments