The Harper government boasts of conducting a high-minded, "principled" foreign policy. In that case, could someone in government explain why Saudi Arabia is Canada's second-largest export market for military sales? Where's the principle in that?

Could that same person explain why the Harper government cozies up to a regime whose decision to drive down the world price of oil is crippling Canada's oil industry and hurting the economy; whose government-sponsored support for a Wahhabi/Salafist form of Islam has spawned terrorism in many places; whose government opposes any attempt to curtail greenhouse gases; whose government oppresses its Shia minorities; and whose government has beheaded more people in 2014 than any other in the world and sentences a blogger to 1,000 lashes and 10 years in prison for insulting Islam.

Where's the "principle" in a 14-year deal to sell $10-billion worth of Canadian light armoured vehicles to a systematic human-rights-abusing regime? That deal was underwritten by the Canadian Commercial Corporation last year, and touted by Harper ministers as a job-creator for General Dynamics in London, Ont., and more than 500 other Canadian firms.

The Canadian Manufacturers and Exporters association hailed the contract as an "Olympic win for Canada." Maybe it was commercially, but where's the "principle" in selling $10-billion worth of military equipment to an unlovely regime whose actions run so counter to Canadian interests around the world?

Where's the "principle" in arranging visits to Saudi Arabia for Foreign Minister John Baird and welcoming Saudi leaders to Canada when that country, arguably more than any other, has been responsible for financing schools and teaching that promote the Saudi's Wahhabi version of Islam, which in turn has provided a fertile breeding ground for extremism and terrorism.

The government itself, of course, no longer spreads money around the Muslim world to promote Wahhabi thought, but plenty of individual Saudis and non-government organizations do. Since the Canadian government now declares that we are in a "war" against terror (the word "war" is politically arresting, but it dangerously misrepresents the actual state of affairs), no country's religious philosophy has done more to spawn terrorist thinking than Saudi Arabia's.

Of course, the Saudis have been reaping what they helped to sow, going back to Osama bin Laden, a Saudi national who turned against the Saudi regime for its corruption, ties to the United States and failure to create a sufficiently Salafist state. Now, the Saudis fear the Islamic State in their neighbourhood, a murderous movement more Salafist than the Saudis themselves.

It could be argued that Canada and Saudi Arabia are allies by being in the coalition of the willing in the military campaign against the Islamic State. If so, this temporary marriage of convenience is based on realpolitik rather than any shared commitment to values or "principles."

The existence of the Islamic State is much more a Saudi problem than a Canadian one, since the IS reflects internal political, doctrinal and military struggles within Islam, to which Saudi Arabia, with its particular kind of Sunni theology, is a major contributor. Canadians are bystanders to these struggles, even though the Harper government has seen fit to intrude Canada into them.

The Saudis are deeply suspicious of democracy – the promotion of which is supposed to be one of the Harper government's "principles" – as they demonstrated in trying to undermine the Muslim Brotherhood in Egypt after its election.

The Saudis are much happier with authoritarian regimes such as their own than either democratic ones, or those whose leaders might espouse an Islamic radicalism threatening to the Saudis' own extreme conservatism. Hence the massive financial assistance the Saudis give to the cryptodemocratic, but essentially military government in Egypt.

The Saudis' greatest fear, among many, comes from Iran, the major Shia power in the Middle East. In demonizing Iran, the Harper government and the Saudis can find common cause, even though the demonizing is counterproductive for Canada, albeit popular among hardline conservatives here and in Jerusalem.

Canada has almost nothing in common with Saudi Arabia, except for a temporary confluence of military objectives and the pursuit of military exports. At best, this relationship could be called the pursuit of national self-interest; at worst, it could be labelled a misguided interpretation of those interests.

A relationship built on a "principled" foreign policy it most definitely is not. 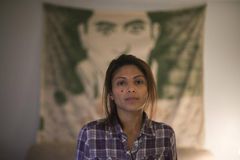