In the wake of Tuesday's expected report by the Auditor-General, the Conservative government's hedging about the F-35 Joint Strike Fighter is likely to accelerate. After nearly two years of bold rhetoric and confident pronouncements, Canada's procurement of 65 of these "fifth-generation" aircraft is now in doubt. Last week's budget promised three years of cuts to the defence budget and mentioned only that Canada's aging CF-18s will be replaced, making no mention of the F-35.

On one level, the government's new-found caution is not surprising. The aircraft's budget woes are well documented and much is being made of recent revelations of below-advertised performance. Despite the hype, however, revelations that the aircraft will be seriously over budget and may not yet meet all of the minimum requirements are not, in themselves, particularly newsworthy. Few defence procurements come in on-budget or meet all requirements out of the box. This is not news, although the government's refusal to acknowledge these realities until forced to do so is troubling.

No, the real story is that the highly unusual (to put it kindly) F-35 selection process has threatened to put the Royal Canadian Air Force in a bind. By side-stepping a mandated competition between different aircraft types two years ago, and announcing that the F-35 was the only acceptable plane, the government implied that anything short of a fifth-generation fighter is unsatisfactory.

Simply put, the Conservatives oversold the benefits and the necessity of the F-35 and never allowed a proper assessment of the alternatives. We were told that it was the only aircraft capable of meeting the RCAF's requirements, that no other plane was even worth considering in a proper competition.

The Defence Department now faces a daunting task. The F-35 procurement is heading toward a possibly fatal combination of relentlessly rising per-unit costs (how many aircraft will we actually be able to afford?), questions about whether other countries in the F-35 consortium will go ahead, and doubts about the plane's actual performance. Yet, the government has been adamant that this is the only fighter for Canada. Making the case for any other aircraft to replace the CF-18 will be difficult.

Indeed, therein lies the government's challenge. If the F-35 purchase does not go ahead now, how does the Defence Department justify spending billions on another aircraft – all of which were, until recently, deemed unacceptable? If a fourth-generation aircraft was incapable of meeting Canada's defence needs before, why should one be now? Simply saying that the budget situation has changed and that we are now going to buy a cheaper plane may make sense in economic terms, but it flies in the face of years of Conservative declarations that Canada will be left woefully unprepared to protect its sovereignty and fight alongside allies overseas.

Make no mistake, there are some fine alternative aircraft out there. The F-18E/F Super Hornet is widely touted as the leading contender. Neither it, nor any of the other potential aircraft matches the performance we are promised the F-35 will ultimately achieve. The purchase of any of them could, over time, leave Canada less able to take part in international missions alongside allied fifth-generation fighters, although all of them are more than capable of fulfilling the sovereignty protection mission at home. Moreover, none of these alternatives are cheap, although they would likely cost less than the F-35. But, to date, both Conservative ministers and the RCAF have assured Canadians that none of these aircraft is adequate – hence the decision to cast aside established procurement procedures in favour of a sole-source acquisition.

By doing away with a competitive process, the Conservatives set up the RCAF for a dangerous and utterly avoidable shortfall. At this point, it appears that either the CF-18s will need to be kept in service until additional money is found for the F-35, even as public services are being cut in an age of austerity, or the Conservatives will admit that the RCAF can make do with a fourth-generation fighter after all.

Canada's aerospace industry has also been put in a potentially awkward position. Significant resources were committed to support Canadian industrial participation in the development and production of the F-35. This alone may be the strongest case for Canada's eventual purchase of the F-35, no matter what it ends up costing. If another fighter is bought, Canada will be in the unusual position of having a military that flies one aircraft, while its aerospace industry is participating in the development and production of another. Moreover, if Canada abandons the F-35, other countries may be encouraged to follow suit, leaving Canada's aerospace industry with fewer contracts and many lost opportunities. As with certain past procurements, industrial and regional policies could ultimately prove more important than defence requirements in deciding what equipment is bought for the military.

Two years ago, the Defence Department and the armed forces helped the government circumvent standard procurement procedures to acquire the F-35 quickly and with minimal fuss. The RCAF may come to regret this decision.

Peter Jones is an associate professor in the Graduate School of Public and International Affairs at the University of Ottawa. Philippe Lagassé is an assistant professor there. 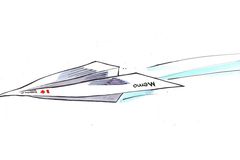 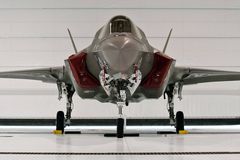 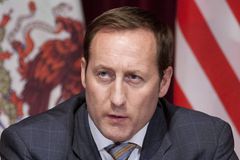 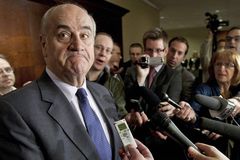