When I mention to people that I have clinical and research interests in cultural psychiatry, I'm surprised by how many questions I get about " koro" - the belief that one's genitalia is shrinking - or some other culture-specific condition. I will admit, it makes for some lively dinner discussions, but it does raise an issue: There is comparably less interest in discussing the prevalent issues in one's own culture.

I generally attribute the lack of curiosity to the assumptions that mental illness is rare or equates to "madness," and only people suffering from severe mental illness, such as schizophrenia, should seek help from psychiatrists. More common mental disorders - such as depression and anxiety - are often regarded as character or moral weaknesses that should be corrected rather than treated. The immense role of culture on the etiology and treatment of mental health issues has, unfortunately, been overlooked.

At North York General Hospital, our patient population reflects the diversity of our community. In my day-to-day psychiatric practice with immigrants and Canadian-born members of racial and ethnic minority communities, I deal with roughly the same spectrum of disorders in each population. The challenge of my area of focus, and that of the entire hospital, is to deliver culturally appropriate services to ensure the best possible care. In essence, the hospital has become a quasi-research facility for diverse community care.

Take my area of study: suicidality in Chinese Canadian women. Recent studies have highlighted gender-role stress as a key contributor to suicidal thoughts and behaviour in Chinese-born women and women of Chinese descent residing in North America. Rigid gender roles may lead to conflict with parents, partner, in-laws and other community members. The core of the tension is between expectations of a woman's role and a woman's own desires and expectations. Chinese immigrants abroad face the added pressure of conflict between traditional and Western female roles. The stress is immense.

Seeking help isn't easy. There is even more stigma and misunderstanding attached to psychiatric disorders in Chinese communities. This leads to a delay and/or refusal of treatment. Even if a woman does seek treatment, there is a severe lack of mental health service providers, treatment and follow-up programs offered in Chinese. Obviously, language is key in expressing mental health issues. In Ontario, some psychotherapy services in Chinese currently have a waiting list of one to two years.

Also prevalent is the under-recognition and under-treatment of more common mental health issues (depression, anxiety, insomnia, etc.) by primary care physicians in the Chinese community. A woman may feel more comfortable seeking treatment for the physical symptoms of depression - aches, decreased appetite and energy - rather than a low mood, which is considered an inherent character flaw.

A multipronged approach is required. Ideally, health service providers - especially primary care physicians - in the Chinese community should be made more aware of the physical impact of depression and anxiety. As well, a push to attract Chinese-speaking physicians to pursue careers in mental health is critical.

From the system perspective, more funding for mental health programs in Chinese would enhance the treatment and community care of these patients. Toronto's Hong Fook Mental Health Association - an organization that helps people with linguistic barriers gain access to mental health services - is an excellent example. Having adequate mental health specialty services would also encourage primary care physicians to refer patients to these services.

Ongoing research efforts between North York General and St. Michael's Hospital in Toronto endeavour to further delineate gender-role stress in the Chinese community. These efforts may lead to better identification of and culturally appropriate service provision for those at risk for suicide, while providing a framework for examining and developing culturally sensitive suicide prevention strategies for at-risk Canadians.

Misunderstanding and mistreating psychiatric disorders is certainly not limited to the Chinese community. We have only begun to understand their impact on our entire population. As we slowly chip away at the stigma of mental health, it's important to remember and truly appreciate just how deeply interwoven it is with cultural identity.

Dr. Wai Lun Alan Fung is an attending psychiatrist at North York General Hospital in Toronto, and an assistant professor at the University of Toronto faculty of medicine. 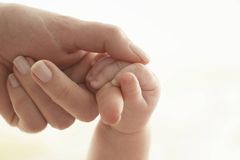 Our daughter's Down syndrome has taken us on a beautiful journey
May 19, 2011 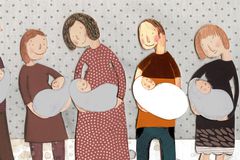