The latest thing on campus is to introduce yourself by name and "preferred pronoun." "Hello, my name is Dan and I prefer he/him." Or, short enough for Twitter or the name-sticker at a campus mixer, "Jay (they/them)."

The choice is not limited to "he," "she," or "they." "Ze" or "zie" is common in some communities as an alternative to traditional gender pronouns, as is "ey" and "xe." Some people even create their own. The performer Justin Vivian Bond prefers "v," and a student at the University of Michigan chose "his majesty" to protest the fact he was being asked to specify a pronoun at all.

The movement to change pronouns belongs to a history of language engineering that became particularly prominent in the 1970s with the promotion of "Ms." as an alternative to "Mrs." or "Miss," and the development of non-sex-specific terminology such as "firefighter" for "fireman," and "letter carrier" for "mailman."

Pronouns, however, are different in that the laws of grammar make them much harder to modify. They do change and they can be engineered (the Swedes recently created a new pronoun, "hen," to cover "not specifically male or female"). But they cannot be customized.

This is because pronouns are, by their very nature, anti-individual. They are the parts of speech that are used to strip away the semantic qualities that make things, people and ideas unique. Asking people to use a custom pronoun is like asking them to use a custom tense other than past, present, or future. The request simply doesn't make sense within the rules that govern our language.

This focus on pronouns is odd, moreover, because English already has an egalitarian pronoun for talking to people: "you." Modern Standard English, unlike many other languages, makes no distinction in direct speech on the basis of age, rank, gender or even whether you are an individual or group. In English, you use "you" to address your employee or your boss, your boyfriend or your girlfriend, an individual or a baseball team. It is the same whether the person you are speaking to is male or female, gender queer, or a group holding a variety of opinions on the question.

A "preferred pronoun," in contrast, is intended to be used when you are talking about somebody to a third party. But if there is one thing you can't control, it is how others speak about you. Asking somebody to use a custom pronoun in this context is like asking them to remember that you are a nice person, or getting them to use a preferred nickname. In the end, it's impossible to control.

The fact that you can't customize pronouns doesn't mean that they don't change. "You," for example, was not always as universal as it now is. We used to use different forms of "you" to speak to different types of people. "Ye/you" was for when we were talking to a group or wanted to be polite. "Thou/thee" was for individuals when they were our equals or inferiors. Over time, "thou" began to seem a little rude no matter who we were talking to, and we started to use "you" for everybody.

The opposite happened with "he," "she" and "they." Originally, all three pronouns began with "h": "he" for "he," "heo" for "she," and "hie" for "they." Over time, these began to sound alike, until in some dialects you simply couldn't tell them apart. "He" could mean "he," "she" or "they." In this case, we began to reintroduce the lost distinctions of gender and number. We borrowed "they/them" from Norse, and developed a new form, "she," to distinguish masculine from feminine.

We also began, more than 600 years ago, to use "they" in the singular for situations in which we didn't know or didn't want to say whether the person we are talking about is masculine or feminine. Chaucer used "they" this way, as did Shakespeare and Austen. Even The Washington Post began to accept "they" in the singular starting last year.

What this shows is that we don't really need to engineer pronouns at all. We already have a very neutral one for when we are talking to somebody. And "they" exists to cover cases where the traditional gender binary doesn't apply.

But even if you feel we do need new forms, it is important to realize that pronouns simply cannot be customized. We might be able to create a few new forms for general use, but they cannot, by definition, be tailored to the individual. Campus regulations that pretend otherwise are simply setting everybody up for disappointment. 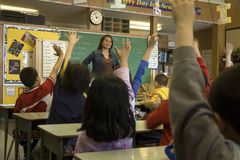