International Co-operation Minister Bev Oda's decision to live lavishly in London while attending a conference meant to help children in developing countries points to a larger problem in the international system. Her opulent lifestyle in the British capital is minimal compared with a diplomatic culture that has become more lucrative for aid disbursers to roam around the world rather than stay in their offices to do what they're paid to do. Isn't there something fundamentally wrong with holding a conference on poor people in a five-star hotel in one of the most expensive cities in the world?

Extravagant spending during international conferences is nothing new. The most interesting historical example took place during the 1815 Congress of Vienna, when the Austrian Empire had to institute a 50-per-cent income tax to pay for the cost of providing entertainment to delegates. And amid the severe economic crisis in Europe immediately following the First World War, when the necessities of life were beyond the means of most French citizens, France provided each delegate at the 1919 Paris Peace Conference with gratuities that drove one American negotiator to tell his wife that he was living more luxuriously than ever before.

In modern diplomacy, it's the institutionalization of perquisites in the forms of free airline tickets, free accommodation in luxury hotels and generous per diems that is costing taxpayers millions of dollars every year. The profligate perks are even extended to rebels who often spend most of their lives in the bush. Per diems and allowances paid to Burundi delegates in the late 1990s, for instance, cost donors an average of $2.5-million a year. The Canadian government contributed a significant amount of that money.

Recent studies not only question the supposed benefits for providing these perks, they show that perks often have unintended negative consequences on conferences. A study released by the Centre for International Governance Innovation's Africa Initiative demonstrates that generous perks such as free accommodation and daily living allowances provided to delegates to peace talks unintentionally prolonged the negotiations.

The money often seduced the conflicting parties away from whatever interest they might have had in actually reaching an agreement. For many of the delegates, staying free of charge in five-star hotels and receiving the equivalent of five months pay in one week of per diems made continued talks more attractive than achieving peace. To increase their share of the money on offer, some delegates created procedural barriers, while others overplayed genuine procedural problems. The generous perks also promoted fragmentation of rebel groups. As Julie Flint witnessed during the Sudanese peace talks, the money contributed to making the "the status quo more profitable than peace and the responsibilities of exercising power."

While the Africa Initiative study relies on African cases, it notes that the issue transcends the African continent. Profligate spending are embedded diplomatic practices in major international organizations. Per diems, in particular, have become lucrative income-generating ventures for many international civil servants who have developed the habit of economizing on their allowances.

The spinoffs and savings from perks have turned well-meaning civil servants and aid disbursers into professional travellers. It is perhaps unsurprising that Organization for Economic Co-operation and Development data show less than a quarter of the trillions provided as aid to the poor since 1960 went to the productive sector.

It's ironic that Ms. Oda is the one making headlines for extravagant spending at a development conference, given that mid-level Canadian diplomats who have become increasingly concerned about the costs of this unnecessary spending are pushing for attitudinal change at international organizations such as the African Union. The hypocrisy notwithstanding, the Oda affair has opened the space for the Conservative government to lend the necessary political support to the inaudible voices of our diplomats.

Thomas Kwasi Tieku teaches at the University of Toronto, and leads the Africa Initiative research program at the Centre for International Governance Innovation in Waterloo. He is author of the report How Perks for Delegates Can Influence Peace Process Outcomes. 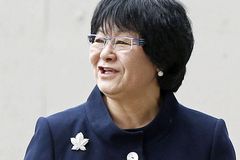 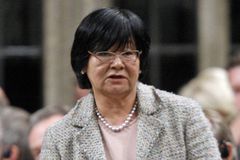