It's true that we spent a good portion of home economics class trying to cook raw eggs in the clothes dryer and gunning the pedal on the sewing machine to see how fast the needle would go. And yet, miraculously, things were created: chili and muffins, velveteen handbags that mothers pretended to love.

When I was in Grade 7 and 8 in Toronto, home ec was mandatory at our school: Girls and boys took it together, just as we took shop class together to produce hideous ashtrays for our proud parents. I didn't become Jamie Kennedy at the end of it, but I did learn how to chop and sweat an onion and how to stock a pantry. Most important, I learned that cooking was something even a clumsy and inexperienced person could do, and that the stove wouldn't bite me if I turned it on. I still love to cook today.

Across Canada, home economics disappeared just when we needed it most. Kitchen labs have turned into computer labs as home ec – or family studies, its trendier name – has fallen out of favour. It is seen as a Doris Day luxury in a Sheryl Sandberg world.

But that's ridiculous. We are, as a country, increasingly super-sized, which in turn will eventually put super-sized strain on the health-care system. We struggle with personal debt, yet eat at restaurants more than ever before. What could be more important than teaching kids how to make a few basic, healthy meals, so that the oven is an option instead of calling for pizza every night?

"Many kids are not being taught how to cook at home. They don't know how to use fresh ingredients or make a shopping list or navigate a supermarket," says Yoni Freedhoff, Ottawa obesity doctor and author of The Diet Fix. "Those are very important life skills, but they're life skills that we have downplayed quite dramatically to the point where we let kids leave home ensuring that they know how to play soccer, but not knowing how to cook."

Dr. Freedhoff is a proponent of bringing back home economics with the goal of ensuring that kids leave school knowing how to make, say, 10 easy, nutritious meals. But, as he says, "I'm not holding my breath."

There's a problem when cooking is fetishized in some quarters, and treated as a competitive sport on TV, yet doesn't exist even in its most basic form in many households. A survey commissioned by the Dietitians of Canada found that 43 per cent of people don't regularly cook for their families. Fewer than one-third of 18- to 29-year-olds "feel confident in the kitchen," according to a new survey from the Sobeys grocery chain. Why should they? As British chef and food crusader Jamie Oliver pointed out in his show Food Revolution, there are kids who can't tell the difference between a potato and a tomato. Don't even think about asking them to identify an eggplant. "It's an egg …" Mr. Oliver said coaxingly to a group of first-graders in Huntington, W.Va., holding the vegetable aloft. "Egg salad!" one of the kids crowed.

If they're not being taught at home – because their parents are too busy, or lack the skills themselves – then they need to learn at school. You can still find family studies classes in high schools across the country, says Mary Carver of the Ontario Home Economics Association, but "the problem is they're not mandatory."

They face competition from a host of other electives, many of which are sexier than Potato Peeling 101 (although few are as useful). Specialist teachers are in short supply. High schools already struggle to stuff the required curriculum into four years. And an antique notion persists that home economics is inherently sexist, although the last time I checked, both men and women need to eat.

As Ms. Carver points out, schools will often say that compulsory food-education courses are too expensive – in terms of physical space needed, shopping and preparation. But the counterargument, simple and persuasive, was provided in a 2010 editorial in the Journal of the American Medicine Association under the headline Bring Back Home Economics Education. Obesity-related illness already incurs costs in the billions of dollars, it pointed out. "Providing a mandatory food preparation curriculum to students … may be among the best investments society can make."

Home economics: cost-effective, and tasty, too.

Opinion
In the age of hirsuteness, has the razor finally won?
April 19, 2014

Opinion
Dissenting opinions? ‘Drown them out, drum them out’
April 12, 2014 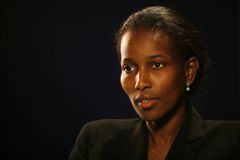