Yesterday, a new anti-cyberbullying bill was tabled in Parliament. As with any piece of proposed legislation, the act has its strengths and weaknesses, many of which may only be fully grasped once the bill passes – should it pass – and once its proposed amendments are eventually applied in a court of law. At face value, however, concerns arise.

In the last few years, as a member of Define the Line research project at McGill University, under the supervision of Dr. Shaheen Shariff, I have had the privilege of working with both children and adolescents alike to better understand how they cope with and engage with the phenomenon of cyberbullying on a day-to-day basis. In the context of both surveys and focus groups, questions abound: "Who does it?" "What do you think about Scenario X?" "If you were cyberbullied, would you seek advice or help?" In this manner, we have managed to collect a wealth of data. Most importantly, however, and perhaps most relevant to my concerns with the proposed bill, is the data we collected in relation to the following two questions: "Why do you think people cyberbully?" and "Are you aware of any legal consequences associated with cyberbullying?"

Considering the former, oftentimes children and adolescents reported impulsivity and joking gone wrong as the culprit. We often forget that exceptional technological abilities do not necessitate exceptional moral reasoning or capacity to think about the long-term consequences of one's actions – in this sense, we are facing a potential mind-to-keyboard gap, and harsher legislation might not necessarily be our best approach to fill the void.

While questions of intent and recklessness are perhaps best left to the court, law enforcement and the judiciary must be equipped with an understanding of text and social media norms as children and adolescents have created them in cyberspace. This is, of course, not to say that discerning between intentional harm and unintentionally harmful joking is impossible but it is, nonetheless, a fine line; one that so aptly gave my research team the name it has today. As Andrew Becroft, principal judge of the New Zealand Youth Court stated: "This is a qualitatively new challenge for my generation involved in youth justice. We must be trained to deal with the issues. We must do it, it is a non-negotiable part of our ongoing training."

Considering the latter, children and adolescents often reported either not knowing about any law or knowing about a law but not being able to articulate its details in full, if not at all. This may seem like an unfair comment – I'm a law student and I know that I personally cannot remember every detail or every single rule off the top of my head. That being said, what good is a law for deterrence if no one knows about it or its effects? Yes, the amendments will punish youth for their offences, but as we have seen with the unfortunate cases of teens such as Amanda Todd and Rehteah Parsons, sometimes help comes too late and can have devastating consequences. It is essential to be ahead of the problem. Therefore, with this proposed bill should come an enhanced focus on legal literacy, including workshops whereby children and adolescents can engage with the law and be informed of its application to them and their online actions. At Define the Line, we suggest legal literacy from a very young age is perhaps the best way to fill the void.

As an optimist, I consider the proposed legislation to be a concerted effort to deal with a pervasive problem we are facing not only in Canada, but also around the world. I am hopeful that the perceived kinks will work themselves out in a court of law. That being said, I am doubtful that a complex problem like cyberbullying can be dealt with purely by legislation. An interdisciplinary approach that legislates but also educates children and adolescents about the law may be our best chance at bridging the gap – for the judiciary and for our youths.

Alyssa Wiseman is a Law/MBA Candidate and legal researcher for Define the Line research project at McGill University. 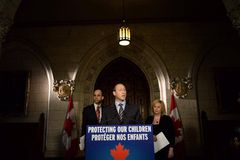 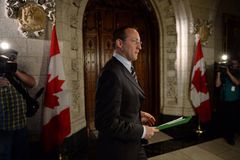