It's seal hunt time again, and you know what that means: Some ignorant celebrity will show up in Newfoundland to spread lies about the hunt and attack people's traditional way of life, which is a tremendous source of pride and cultural significance. This way of life allows the hard-working locals to shoot and club helpless animals to their heart's content, or at least until their subsidies and employment insurance run out.

This year, the honour went to Pamela Anderson, whose heart is clearly bigger than her brain. When informed that the seal population is actually growing, she was surprised. "That's not what I am aware of," she said. She and her co-protester, philanthropist Sam Simon (who helped found The Simpsons), held a press conference to offer a million dollars to the sealers if they'd stop hunting. They were rudely interrupted by comedian Mark Critch, from the CBC's This Hour Has 22 Minutes, who offered Pam a million dollars to stop acting. Sadly, both offers were rejected.

The truth is that both the seal hunt and Ms. Anderson's career are in decline. Times change, and so do markets. The European Union ban on seal product imports has cut worldwide sealskin prices in half. Last year, the commercial seal hunt off Newfoundland landed 91,000 harp seals, less than a quarter of the federal quota.

Sealing's total contribution to the Canadian economy has shrunk to almost nothing. Even so, federal and local politicians insist on propping up the industry with millions in subsidies and grants. The government of Nunavut buys seal pelts for above the market price. Next year, Ottawa and Newfoundland plan to spend half a million dollars to promote seal meat as a delicious and nutritious food source (an uphill battle, if you ask me). Canada is determined to fight the EU ban to the bitter end, even though it has virtually no hope of winning.

Why do governments continue to waste their time on this economically marginal, deeply unpopular (and, some might say, moronic) slaughter? "It's not a matter of dollars and cents," declared federal Fisheries Minister Gail Shea. "This is a matter of principle for us. This is an industry that has been around for a long time." Translation: They're terrified of losing votes.

It's hard to say who's more irritating – ignorant celebrities with their crusades, or politicians pandering for every last vote. The fact that Ms. Anderson is right about the seal hunt (for all the wrong reasons) doesn't mean she shouldn't stick to acting, or whatever it is she does. The same goes for George Clooney and Daryl Hannah and all the other first-, second- and 10th-tier stars. The latest celebrity-turned-activist is Canada's own Neil Young, who recently compared the town of Fort McMurray to Hiroshima. The world's most annoying singer is going to hold a bunch of concerts and donate the proceeds to fight the oil sands, which he really hates. "People are sick. People are dying of cancer because of this," he said. "All of the First Nations peoples up there are threatened by this …All the animals are dying."

Well, not exactly. So far as I know, the animals are not dying. Some of the First Nations people up there are even getting rich. Nor has Fort McMurray experienced a deadly nuclear explosion that killed 140,000 people. There are many good reasons to debate the oil sands. But Mr. Young isn't interested in debate. And his grasp of the subject makes Pamela Anderson look like Einstein.

I'm hoping some fearless critic from 22 Minutes will show up to ridicule Mr. Young's impressive ignorance, just the way they ridiculed Pamela Anderson. Unfortunately, I don't think they will. Celebrities are only airheads if they're on the other side. If they're on yours, they're prophets. 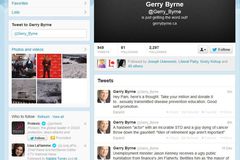 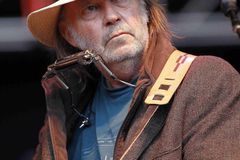