Just a few days ago, something incredible happened on Parliament Hill. With the support of MPs from all parties, the House of Commons passed Bill C-393 to make it easier for people in developing countries to obtain more affordable life-saving medicines.

The clear vote for the bill - 172 to 111 - was a triumph of logic, compassion and hope. And it was the right thing to do. At long last, years of advocacy by health experts with experience working in communities ravaged by diseases such as AIDS, malaria and tuberculosis and by grassroots groups in every corner of this country speaking out against fatal global inequity, finally bore fruit.

But now questionable political partisanship, inopportune timing and the idiosyncrasies of our parliamentary system could stop this bill just as it is poised to clear a final hurdle - passage by the Senate.

If it becomes law, Bill C-393 will reform Canada's (broken) Access to Medicines Regime. CAMR has been mired in red tape ever since it was unanimously created by Parliament almost seven years ago. Despite good intentions, only one order of one medicine was ever filled, and to just a single country. Médecins Sans Frontières ultimately abandoned its effort to use the system. The one generic drug company that did use CAMR has said it will not attempt the current cumbersome procedure again, nor will developing countries try because of CAMR's unnecessary restrictions.

Bill C-393 will cut through this red tape and finally make it workable. Critical to this goal is the "one-licence solution," a key part of the legislation that would enable generic manufacturers to get a single licence to export a drug to a country in need, and to supply that country with the drug over time, as needs evolve - without having to start from scratch every single time.

And if Bill C-393 becomes law, generic drug maker Apotex has publicly promised to quickly develop an AIDS drug for children. The need is both enormous and urgent: Of 1.2 million children requiring treatment for AIDS, only 260,000 are receiving it.

Unfortunately, Prime Minister Stephen Harper and his Conservative government have opposed legislative efforts to reform CAMR, even though 26 Conservative MPs voted on principle for Bill C-393. The government, represented by a minority of elected MPs but with a majority of appointed senators, maintains the capacity to defeat this bill or stall it in the Senate until an election is called - widely expected in a matter of days.

The will of the House - the people's will - and, more tangibly, the health of millions of people around the world are at risk of being undermined. But this needn't be so.

The Senate has the capacity to respond prudently, yet swiftly. Indeed, when CAMR was first created in 2004, senators moved quickly to approve a bill with urgent humanitarian objectives that had widespread support in the House and among the public - all of which are again the case today.

In addition, the Senate is already familiar with this legislation. In 2009, the banking committee dealt with a virtually identical bill (Bill S-232) that enjoyed support from a number of Conservative senators. The committee heard from expert witnesses, and retains a complete file on the issues involved. Regrettably, that bill died on the order paper when Parliament was prorogued later that year.

Efforts to reform CAMR have the support of international aid workers, human-rights organizations, physicians, faith leaders and health activists, along with 80 per cent of Canadians, according to a national opinion poll. Liberal senators have also indicated they will work to pass this bill quickly.

Despite the maligning our country's senators often endure, most have had exemplary careers dedicated to public service. At this moment of deep public cynicism with our politics, there is an opportunity for senators - particularly the Conservative ones with whom the bill's fate rests - to act not just with power but with purpose to do what is so clearly right.

We believe this is one of the most important pieces of legislation Canada will ever have the opportunity to pass. It will save lives. It will help change the world. Why would our Senate not want to be a part of that?

K'naan is a Juno Award-winning artist and humanitarian activist. Stephen Lewis is a former United Nations special envoy for HIV/AIDS in Africa. James Orbinski, a physician, is the Chair of Global Health at the University of Toronto's Dalla Lana School of Public Health and co-Founder of Dignitas International. Richard Elliott is executive director of the Canadian HIV/AIDS Legal Network.

Opinion
Why we're headed for an election we don't need
March 19, 2011
Opinion
Ottawa has second chance to save millions of lives
May 15, 2012 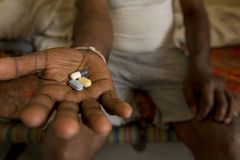 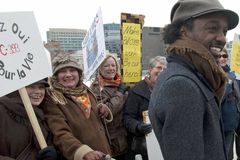 K'naan to MPs: Voting down generic-drug bill would be slight to world's poor
March 9, 2011 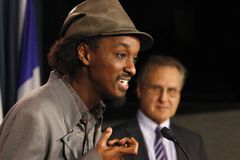