The rain started falling purple on Thursday and it hasn't let up. Doves are crying and the dearly beloved are gathered here today – on Facebook, on Twitter. He told us he would die 4 us – but no, not at 57. Even if parties weren't meant to last, this was far too early for the house lights to come back on.

The word iconic is overused, I know, but it is certainly justified in its application to Prince Rogers Nelson. Prince earned his music royalty not with his name but with his genius; he was a prolific, genre-defying innovator and showman packed into purple pants and platform shoes who could shred like there was no tomorrow. And now there isn't, not for him.

It's been a tough year for my generation. One day you wake up and the dead celebrities on the news – once unfamiliar old guys you could kind of remember from black and white photographs or scratchy film reels – are suddenly the icons of your own youth; these are artists who helped you construct your world, and make sense of it.

There is something about the death of a Prince or David Bowie that cuts into your soul, invades your psyche. It stirs up something from deep within and way back.

These are the artists who got us through what felt like the toughest years, who understood us when our parents couldn't, who got us even if the cool kids didn't. Their music was a constant through friendships that blew hot and cold, romances that erupted spectacularly, and teachers who made our days feel long and miserable (they meant well, I'm sure).

In 1984, at the height of Prince's stardom, I was in my last year of high school, grieving the sudden death of my father, trying to figure it all out. Prince, on repeat on my Hitachi double-cassette player, kept me company in my depths and helped lift me back into life. Here was a preacher who worshiped at the altar of a great groove and a sexed-up party – just the kind of religion to get us through this thing called life.

He put on a spectacular concert at Maple Leaf Gardens that December; I went with a friend – dressed in her mother's fur coat, she was hoping to look so sophisticated that Prince simply wouldn't be able to resist her if we ran into him after the show at the Four Seasons. (This is how young and stupid we were.)

In those lonely years, when it was so easy to feel alienated, Prince, Bowie – or perhaps another pop music virtuoso – reminded us that we were part of a shared, fraught experience. And that even in our darkest, most hormonal moments, lying on our twin beds of despair, there was music to get us on our feet again and back out into the callous, cliquey high school hallways, where we could enact the life lessons we had extracted from our record collection.

The intensity of the grief we feel when someone like Prince dies speaks not only to the impact that music has had on our lives, but also to the impact of that time of our lives on who we have become, all grown up. Prince helped guide me to this keyboard. He put words in my head that made me excited about writing, and music on my stereo that made me want to write about music.

Even if we are less fresh now, less excited by life and a bit worn down by what it has dealt us – on a day like Thursday when we stop and listen to the music that got us through – oh, what it stirs up.

And so we remember exactly where we were when we heard the news – alone in my pink bedroom (John Lennon), in a rock radio newsroom (Kurt Cobain), on the front lawn with a baby in my arms (Michael Jackson), listening to the radio in my kitchen (David Bowie) – and for Prince, sitting at the dining room table putting the finishing touches on a friend's obituary.

This week I watched one of the strongest people I know die from pancreatic cancer. I have witnessed a steady stream of people – family, friends, former foes – grieve this man. It has been, in a way, enlightening.

All this death has me thinking a lot about life. I'm sorry if it sounds trite, but it's so true: At the end of the day – or the end of it all – what really matters is the people we have around us, and the gestures – grand or tiny – that eke out some hope from tragedy and grief: someone to cry with over coffee, or to hug as we head out the door. And some music to put on when all seems lost.

I gave Prince a bad review once – one of the few reviews I regret, and not because he's dead now. (I can't believe I just wrote that – Prince dead; it seems impossible.) But because I was wrong. I thought his $275-a-ticket audience had been ripped off because he hadn't played his hits. But no, it had been a privilege to watch him perform new material in an intimate venue. That experience was, in fact, priceless.

In Let's Go Crazy, the one hit he did perform that night – a terrific, bluesy version, I reported – Prince delivers a eulogy for life, and reminds us that we're all going to die. "And when we do," the song goes, "what's it all for?"

You better live now, the pop party anthem continues, before the grim reaper comes knocking on your door.

These are words that we sang along with but probably didn't think much about when we were young. And now that we are not young, as the deaths of Prince, Bowie – there will be others – remind us of the inevitability of our own demise, I am beginning to understand the scary, beautiful truth of the lyric. These are words to not simply dance to, but to live by.

Prince seduced and enthralled, leaving everything on the stage
May 16, 2018 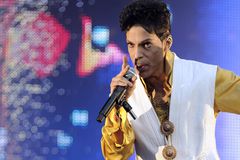