Preston Manning is president of the Manning Centre for Building Democracy

The highest duty of the state is to affirm and preserve human life rather than sanction the taking of it. From this perspective, the recent decision of the Supreme Court facilitating physician-assisted suicide is both regrettable and open to challenge. So how should Parliament, provincial legislatures, the medical profession and Canadians respond?

Here are some suggestions.

Compassion: Terminally ill persons suffering pain and despair are deserving of the most compassionate attention and care their families and caregivers can provide. The disagreement is over what constitutes compassionate care in such circumstances, not whether it is called for or whether it should be provided.

Palliative care: Increased resources should be put into improving palliative care and pain management to eliminate, as much as is humanly possible, "unbearable pain" as a reason for the dying to contemplate, let alone request, physician-assisted suicide. The focus should be less on prolonging life through medical interventions and more on facilitating a pain-free, natural passing.

Safeguards: When I was the MP for Calgary Southwest (1993-2002), I held intensive consultations with my constituents on the request by Sue Rodriguez, a B.C. woman dying from a degenerative nerve disease, that the courts grant her permission for a physician-assisted death. A majority of my constituents supported lifting the Criminal Code prohibition of physician-assisted suicide only if adequate safeguards could be put in place to prevent its abuse.

Provincial legislation: The safeguards demanded by my constituents included such measures as requiring competent second opinions on the patient's health; the existence of a living will; certification that the patient's judgment is not impaired by depression or other factors; counselling offering choice, rather than seeking consent; avoidance of and protection from conflict of interest; consent of immediate family; additional protection for minors and disabled persons; third-party observation and reporting of the death, and so on. Most of these measures are in provincial rather than federal jurisdiction. Most are also difficult to legislate, and to administer effectively, consistently and on a timely basis.

In view of the court's decision, however, provincial governments should proceed to draft and introduce such legislation, while frankly acknowledging that abuse-free physician-assisted suicide cannot be legislatively guaranteed.

Conscientious-objection provisions: Provincial safeguard legislation should include "conscientious objection" and "opting-out" provisions for doctors and other caregivers who, for reasons of conscience, want nothing to do with aiding suicide. Such provisions will raise management and equity problems for health-care providers, bureaucrats and the courts. But accepting and dealing with such problems is preferable to denying health-care providers their rights to freedom of conscience, thought, belief, opinion and expression, as guaranteed by the Charter of Rights and Freedoms.

Sanctity-of-life affirmations: Federal and provincial legislation dealing with beginning-of-life- and end-of-life care should include unambiguous affirmations of the sanctity of human life. Such affirmations are to be distinguished from qualified affirmations, such as those contained in existing federal legislation such as the Assisted Human Reproduction Act, which affirms respect for human dignity, individuality, diversity and integrity, but stops short of affirming unequivocal respect for human life itself.

Freedom of choice about dying with dignity: Faith-oriented Canadians have a fundamentally different view of what "dying with dignity" means from those who have no such faith. For the latter, death is the end of everything, marked by the cessation of all physical, chemical, electrical and biological functions of the body. For the former, physical death is a transition from this life to one beyond. Many Christians, such as myself – and those of other faiths, including many aboriginals – want the option of dying in environments that affirm rather than ignore or deny this spiritual, dignity-conferring dimension of death.

Alternative end-of-life care: Members of faith communities dismayed by the court's decision should be active in the public square in support of the measures cited above.We should dedicate ourselves and our resources to the creation and support of end-of-life home- and hospice-care programs and facilities where the spiritual dimension of death is valued, and where physician-assisted suicide is not practised. The creation and support of such programs and facilities should be encouraged, not prevented, by any provincial or federal legislation.

Let the people speak: The courts, the interest groups, the academics and the commentators have had a great deal to say on the pros and cons of physician-assisted suicide. Now it is especially important that our elected officials and legislators hear from rank-and-file Canadians. If you have never written or spoken to your elected representative on a moral or ethical issue, now would be an excellent time to do so – in language that is wise and gracious, not vituperative and inflammatory – respecting the dignity of our fellow human beings in life, as we all claim we want to do in death.

Opinion
Time for a quick compromise on assisted suicide
February 13, 2015

Opinion
The Supreme Court has changed the way I talk to my patients about death
February 10, 2015 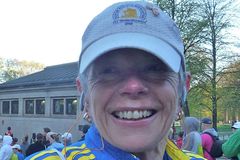 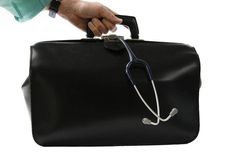