I resent my cellphone. Half the time it's lost, and the other half it's out of juice. The only reason I have one is that not having one seems deliberately eccentric, like not having a TV. I hardly ever use it. But maybe that's a good thing, because it means that I am unlikely to die of brain cancer.

The debate about a potential link between cellphones and brain cancer has been around for years. But it kicked into high gear this week. The cancer research arm of the World Health Organization announced that cellphones may cause brain cancer. Or maybe not. Nobody can really say for sure. The consensus seems to be that we should be a little worried, but not too much, and that it's always wise to take precautions.

Do not sleep with your cellphone pasted to your ear. Do not use it in poor reception zones. (Fewer signal bars mean the phone has to work harder to get a signal, so it may emit more deadly rays that will penetrate your skull and go straight into your brain.) Be sure to limit the exposure of your kids. You don't want to be a bad parent, do you?

To get a grip, I phoned Trevor Butterworth in New York. He's a journalist who specializes in risk analysis and phony health scares.

"I'll tell you what we should be really worried about," he said on his cellphone. "Lawn mowers."

Your risk of death by lawn mower is one in 2,245,264. That might not sound like much, but it's a lot higher than your risk from cellphone radiation, which, if it exists at all, is so low that it can't be measured. And if you are a man between 75 and 79 years of age, your risk of sustaining a serious lawn mower accident (such as a heart attack) is one in 1,280. So how come the World Health Organization doesn't issue news releases saying "Lawn mowers lethal to old geezers?"

"Scientists and researchers aren't very good at communicating risk," says Mr. Butterworth. And people aren't very good at understanding it. We are far more fearful of the extraordinary, low-risk things that hardly ever kill us (terrorists, airplane crashes, shark attacks) than the ordinary high-risk things that kill us all the time (driving to Grandma's for Sunday dinner). Meantime, we have created a fear industry that constantly churns out stories about lead in lipstick and carcinogenic ingredients in baby bottles. Many parents I know are terrified of BPA, a substance contained in plastic products that has been the target of a worldwide scare campaign. But the real danger to their children is the ordinary household cleaning products stored under the sink.

Our estimate of risk is anything but rational. A lot of people are absolutely terrified of snakes, sharks, spiders or rats. But the animal we ought to fear most of all is Bambi. Every year, there are more than a million collisions between cars and deer. These accidents cause thousands of injuries and a couple of hundred deaths. Yet to my knowledge, no TV doctor has ever tackled the hazards of deer and moose on the road.

Compared to lawn mowers and deer, your cellphone is completely harmless. The World Health Organization's cancer research arm classifies cellphone radiation as a Group 2B carcinogen. As cancer researcher Ed Yong explains, "this means there is 'limited evidence' that something causes cancer in people, and even the evidence from animal studies is 'less than sufficient.' " Other carcinogens in Group 2B include coffee, pickled vegetables, night-shift work, talcum powder and the cadmium found in Miley Cyrus bracelets sold at Wal-Mart. Do you feel better now? On top of that, nobody can explain how cellphone radiation might affect the brain. And despite the explosion in cellphone use around the world, the rate of brain cancer hasn't changed.

But never mind. One of the go-to cellphone experts is Joel Moskowitz, who was interviewed this week by both ABC and the Huffington Post. "If I were a consumer I would take this extremely seriously," he warned, and went on to say that despite the lack of evidence, cellphones are potentially as bad as smoking.

The fear that death rays emitted by technology might be killing off our children is nothing new. Back in the 1970s and 1980s, many highly educated people were led to believe that the electromagnetic fields created by power lines were causing an epidemic of childhood cancer. The power-line scare was fuelled by a mountain of investigative journalism. It turned out that power lines pose no risk of cancer. But a lot of people still believe they do.

Geoffrey Kabat is the author of Hyping Health Risks: Environmental Hazards in Daily Life and the Science of Epidemiology. He says that many different actors - not just the media - contribute to the hyping of health risks. They include scientists eager to promote their results, and health and regulatory agencies that need issues to promote, as well as the usual gang of activists, politicians and lawyers. The result is what we got this week - confusion and needless anxiety among the public, as well as a lingering suspicion that powerful interests are trying to cover up the truth.

The other result is a growing distrust of the news media and of experts. Why trust them when they so often turn out to be wrong? So stop worrying about the death rays from your cellphone. You're more likely to kill yourself by falling off your Jimmy Choos. Just be sure to never, never use it when you're trying to cross the street.

A mild cellphone warning has me really worried
June 2, 2011 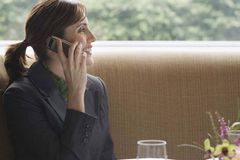 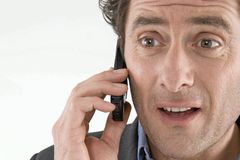