Travis Lupick is the author of Fighting for Space: How a Group of Drug Users Transformed One City's Struggle with Addiction.

Construction workers on Vancouver Island completed an unusual safety class the other week. It didn't include instructions on lifting properly or a reminder to wear steel-toed boots: It was a course in overdose response.

British Columbia bars and nightclubs have held similar workshops for some time. And an increasing number of Vancouver high schools now make overdose-response training available to teachers and equip them with naloxone, a medication that reverses the effects of an opioid overdose.

In 2012, there was an average of 23 fatal overdoses a month in British Columbia, where the opioid crisis is most acute. The next few years saw a gradual rise. Then, during the winter of 2016, deaths across B.C. jumped from 61 in September to 162 in December. Since then, an average of 123 people have died each month. So far in 2017, more than 281 suspected overdose deaths have taken place in Vancouver alone, a number that dwarfs the 232 that occurred during the entirety of 2016.

Canada needs a new battle plan for its fight against overdose deaths.

British Columbia's response is primarily one of harm reduction. It's flooded the streets with naloxone and opened more than 15 overdose-prevention sites, where people inject drugs under staff supervision. This year, B.C. is projected to suffer more than 1,400 overdose deaths, but the province's chief coroner, Lisa Lapointe, has said that without these programs, the number could be triple that.

While saving lives, no one describes harm reduction as a solution. There are bigger ideas out there, and Canada needs to begin talking about them.

I've spent the past three years interviewing drug users and their allies who led the response to Vancouver's first drug crisis – one that killed thousands of people during the 1990s and early 2000s. I recount their story in my book, Fighting for Space, and in its closing chapters, follow the same activists to the front lines of today's fentanyl crisis.

People such as Dean Wilson, a former drug dealer, a past president of the Vancouver Area Network of Drug Users (VANDU) and a plaintiff in the Insite case, the legal battle that took North America's first supervised-injection facility to the Supreme Court of Canada.

"If I wanted to dream the best possible situation, it would definitely be legalization. But I'm a realist," Mr. Wilson told me recently. "I'll accept decriminalization."

Decriminalization would remove criminal penalties for the personal possession of all drugs, including cocaine and heroin. It deals with the demand side of the market. Legalization, on the other hand, would address supply. It would see the production, distribution and sale of opioids such as heroin and stimulants such as cocaine brought under the control of government and tightly regulated, thus minimizing risks posed by contaminants such as fentanyl and carfentanil.

Health Canada calculates that more than 2,800 people across the country died after taking opioids last year. In B.C., fentanyl is now associated with more than 80 per cent of fatal overdoses. As fentanyl moves from west to east, and as the death toll mounts, more radical ideas are beginning to gain traction.

NDP Leader Jagmeet Singh has said that Canada should decriminalize the personal possession of all drugs. That would divert people with addiction issues away from police and prisons and free up resources that Canada could then invest in health care, he's suggested.

It's a brave position. Liberal Prime Minister Justin Trudeau and Conservative Party Leader Andrew Scheer have said they won't consider decriminalization. And coupled with complementary components of Mr. Singh's plan – significant investments in treatment and wider access to opioid-substitution therapies, including prescription heroin and hydromorphone programs – decriminalization could significantly reduce stigma, bring addiction out of the shadows and thus save lives. But the drug users I've spoken with say it does not go far enough and will not directly address the problem of fentanyl.

Mr. Wilson emphasized decriminalization would leave supply under the control of organized crime and therefore leave Canada's heroin and cocaine markets contaminated by fentanyl. But he noted there is a middle path: a medicalized model for supply, in which long-time, entrenched addicts meet with a doctor and are prescribed clean opioids: diacetylmorphine (the medical term for heroin) or hydromorphone (brand name Dilaudid). These programs exist on a small scale: in Vancouver since 2014 and in Ottawa since October, 2017; they may soon launch in Calgary and Edmonton.

"But for the guy who doesn't have a habit, the guy who just does cocaine once and a while, the only way to stop him from dying is [for the government] to sell it to him," Mr. Wilson said. "People dying at home alone, that's going to carry on until there is legalization."

Most doctors won't be willing to prescribe opioids or stimulants to recreational users, he explained. For a lawyer who uses cocaine once a month or a banker who takes black-market OxyContin at the occasional social gathering, fentanyl would remain a risk.

Donald MacPherson was one of Mr. Wilson's closest allies in the battles he fought to reform Vancouver drug policy through the early 2000s. He was the city's drug policy co-ordinator from 2001 to 2009 and today is executive director of the Canadian Drug Policy Coalition. Like Mr. Wilson, Mr. MacPherson said he supports decriminalization but argued it must be a first step toward legalization.

He acknowledged that legalizing and regulating hard drugs for recreational use would come with complicated challenges. But it would largely meet the immediate problem of skyrocketing overdose deaths, Mr. MacPherson maintained. It might create new problems, but we can deal with those as they come, after we address the emergency faced today.

I asked Mr. MacPherson, do we really want the government in the cocaine business? Or, more concerning, pharmaceutical companies?

"Do we want the Hells Angels in the cocaine business?" he fired back. "Organized crime and the Hells Angels and other groups have had control of the illegal drug market for over 100 years now. That experiment has failed. Fentanyl is a good indicator of that. So let's come up with a different system that would be heavily regulated by institutions that we control."

Opinion
Why Health Canada must reclassify tramadol as an opioid
November 27, 2017 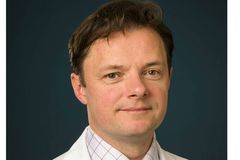 Opinion
You can’t solve Ontario’s opioid crisis by throwing money at it
September 28, 2017 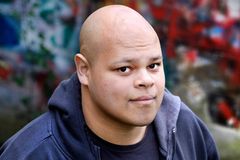 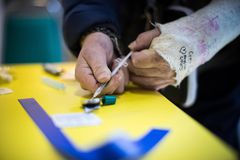