Bob Rae is a lawyer with Olthuis Kleer Townshend, teaches at the University of Toronto and is the author of What's Happened to Politics?

On the weekend, I had dinner with a dear friend who'd been watching the news for 24 hours, and let me know how angry he was. "It's time to beat the crap out of these guys," he said, referring to Islamic State and the terror attacks in Paris that killed 129 people.

Some years ago, this same friend shared some wise advice: "It's hard to be smart and angry at the same time," which I have always thought is some of the sagest counsel I have ever received – and have since repeated many times. I reminded him of this, and then suggested that anger, fully and completely justified, was not the best adviser in the current crisis.

More than a decade ago, September 11 generated an angry response from the United States. The assumption was that eliminating the Taliban, which had without question aided and abetted al-Qaeda, would be a quick, surgical operation, to be followed by the democratic reconstruction of Afghanistan.

In the last election, the Liberal Party under Justin Trudeau emphasized that public policy would have to be evidence-based. It also called for the end to direct participation by Canada in air attacks on IS, and the admission of 25,000 Syrian refugees into Canada by the end of December.

As Prime Minister Trudeau participates in summits in Turkey, the Philippines and Paris, he needs to apply the test of evidence and hard fact to the goals expressed in the platform. No sensible Canadian would gainsay his taking time to learn more about the security aspects of the air assaults on IS targets, how Canada can contribute to a common effort and whether the French government will ask NATO allies to invoke Article V, which states that an attack on one is an attack on all.

Similarly, the entirely laudable goal of admitting refugees into Canada before the end of the year can no longer be seen as simply keeping an election promise. Scrutiny, security, making sure – these are more important than ever. This does not mean reducing the target of 25,000 refugees, but it might affect the timetable.

At the same time, it is critical for Canadians to reject the approach being advocated by Republican governors in the United States, now echoed by Saskatchewan Premier Brad Wall. We can admit refugees without any risk to Canadian security. The burning of a mosque in Peterborough, Ont., is a sad reflection of how quickly hatred and fear can take over.

Islam is not the enemy. Those in the Middle East who have lost everything they have, and who fear for their lives, are legitimate refugees and Canada should not be closing its doors. This is no time for panic.

Children, wives, mothers, fathers are dead in the face of a truly brutal attack in Paris, and so are more than 40 people in Beirut. We also have to remember the quarter of a million Syrians who have died and the countless more in Iraq and Afghanistan. Their stories and losses are equally important.

Hilary Mantel's searing novel of life in England 400 years ago has the provocative title Bring Up the Bodies. In our own time of deep religious conflict and brutal torture, we can only be appalled that despite talk of human evolution we have scarcely emerged from the slime of death and destruction.

The urge for revenge is an entirely human reaction. But it has to deal with two difficult and deeply seated realities – the challenge of building systems of governance in the Middle East with a plausible chance of successfully creating security, and the strong evidence that public opinion in the West is deeply reluctant to exercise the patience and discipline needed to see this conflict through to its conclusion. Anger is not enough.

Stephen Harper came to office keenly determined to vanquish the Taliban and support Canadian troops. But it did not take long for him to see that Canadian public opinion was deeply troubled by the loss of life and the difficulty of the fight. As Canadian casualties took the lonely journey down the Highway of Heroes, and evidence of Afghan corruption and dysfunction grew, Mr. Harper accepted the argument from many Liberals and New Democrats that Canadian military presence should have its limits and timetables.

On a larger scale, U.S. President Barack Obama fell prey to the same logic, as did the British Parliament when it refused to authorize the use of force in Syria and the American administration followed suit. There's more than enough blame to go around. As the jihadis might have said, "You have the watches, and we have the time."

"The fault, dear Brutus, is not in our stars, but in ourselves, that we are underlings." While it is impossible to imagine a strategy that does not include a comprehensive military approach, we need to realize that the defeat of jihadi militancy will also require a transformation of the human condition in the Middle East, as well as in the West.

Whether they live in Europe, the Middle East, or North America, enough young men have been swayed by the siren song of a hateful message to create carnage on an unprecedented scale. Wealthy Sunni and Shia extremists in Saudi Arabia and Iran are prepared to bankroll violence across the region and around the world, taking advantage of those not afraid to die. And religious fanaticism does not only prey on those living on the margins. Well-trained, university educated people may also be open to the seduction of extremism: Osama bin Laden was neither poor nor marginal.

We are indeed in a war, because of the violent and extremist ideologies and techniques of jihadi extremism and their incompatibility with any kind of world order. A statelet that enslaves, oppresses, kills and tortures is an affront not just to "the West," but to every conceivable standard of decency and the rule of international law.

But it is not a war like others in our past, and it will require imagination, solidarity, courage and extraordinary resilience for us to succeed. We need to learn from our mistakes. The urge to strike back is human and entirely understandable. But it has to be matched by a full range of non-military responses that thus far we have not been capable of in any systematic way.

This is the opportunity for Canada – we have been engaged in this struggle for the past 15 years, and have learned much. Our soldiers are wise, as are our aid officers and diplomats. We have to share these experiences with others as we wrestle with the choices ahead.

The former imperial powers – the U.S., the Russians, the British, the French – speak with confidence but we need to learn humility as we channel our deep opposition to IS to achieve a true victory. 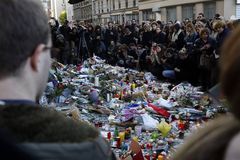 In light of the Paris attacks, how should the average person express grief on social media?
November 17, 2015 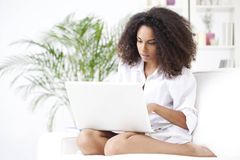 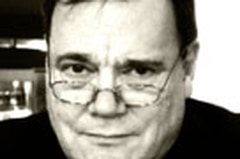