In the past two weeks, there have been rumbles in the Ottawa jungles that the Harper government might be interested in sending troops to take part in the United Nations mission in the Democratic Republic of the Congo. The Chief of the Defence Staff was said to be telling the troops that Canada's next overseas mission was in Africa; the departing Chief of the Land Staff, Lieutenant-General Andrew Leslie, was tipped to be the Congo force's commander. There was even a hot rumour that the Governor-General was to visit Kinshasa, the capital.

Certainly, Congo is a disaster - a huge country the size of Europe, with a corrupt government ruling its 70 million people, with genocidal tribal slaughters, rapacious mining companies scooping up everything in sight, and neighbours trying to bite off chunks of territory and population for their own purposes. The UN first went into Congo in 1960, with Canadian signallers providing its communications, and UN forces fought a war against separatist elements. They have been there again for more than a decade, with 22,500 people on the ground, mainly provided by African nations.

MONUC, as the UN force is dubbed in French, is underfunded and undersupplied, and has been neither competent militarily nor effective in halting the violence that is estimated to have killed more than five million Congolese since 1999. Moreover, as so often is the case with UN missions, the mandate is fuzzy, its political support in New York doubtful. Many also consider the UN troops in-country to be part of the problem, and charges of corruption and rape have been levelled against them. And even though MONUC has supported the Kinshasa government, President Joseph Kabila has demanded that the UN leave Congo by mid-2011.

Should Canada involve itself in this horrifying mess? There seems no doubt that Canadians continue to believe that Canada is uniquely gifted in peacekeeping. Lester Pearson's Nobel Peace Prize, the 60-year-long record of service in UN missions, and the popular sense that doing good is what the Canadian Forces should be doing all make UN service hugely popular. And with the Canadian Forces now set to pull out of Afghanistan by 2011 - an unpopular commitment (even though UN-authorized) because it involves killing and being killed and supporting the United States - what better way to re-establish our national bona fides than by taking over a UN peacekeeping force.

An Ipsos Reid poll last September found popular support for Canada's military to be a force that does only peacekeeping. The NDP, the Bloc Québécois, large elements of the Liberal Party and the peace movement speak as one on this: Government funding has made the Canadian Forces capable again, so why not use them for peace in a nation that is bleeding to death?

But hold on a moment. There's no doubt that Congo is a basket case, a perfect example of a failed state ruled for the benefit of a corrupt leadership and the corporations that loot it. But before we jump in, we need to remember a few things. The first is that the Congolese government wants the UN forces out. The second is that UN willingness to finance MONUC is shaky at best, and there's no guarantee that the countries that pay the bill might not accede to Congo's demands and support withdrawal.

Then there are the peculiarly Canadian factors. The members of the Canadian Forces are white, and that's never a plus in Congo. They are a Western force that needs roads and mobility to operate effectively, that requires a high standard of logistical support, and that has small numbers at its disposal. Congo is huge and, in the eastern regions where much of the killing goes on, there's no infrastructure. One Canadian officer who knows the country well says it can take five days to drive 100 kilometres in Orientale province in the rainy season.

What this means is that, if the Canadian Forces go into Congo, they will need fleets of helicopters, potable water and a secure supply line. Where's that to come from? Moreover, there are local armies aplenty operating all across Congo, some well-supplied from neighbouring regimes, and all knowing the terrain better than a bunch of white guys from Come by Chance or Moosonee. They will fight to protect their access to the spoils. In other words, any troops we send are likely to be involved in combat (156 peacekeepers have been killed since MONUC's creation) and will need to be equipped with a full suite of weapons and air mobility. Despite a decade of service in Afghanistan, we still lack sufficient helicopters, and the Canadian Forces won't have them available soon.

So peacekeeping, yes. But only if there's a firm UN mandate, full UN support, and a role that the Canadian Forces can play. Unfortunately, that's not in Congo.

J.L. Granatstein is a historian and senior research fellow at the Canadian Defence and Foreign Affairs Institute

Opinion
Peacekeeping if necessary, but not necessarily peacekeeping
May 26, 2010 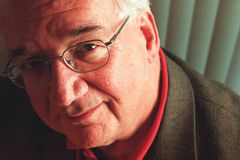