There are few things that aging baby boomers fear more than dementia, a condition that robs one of memory – and too often dignity – and leaves you dying little by little, piece by piece.

The numbers are frightful: An estimated 564,000 Canadians are currently living with dementia, and that figure is expected to rise to 937,000 within 15 years.

Globally, it is estimated that almost 50 million people are afflicted with dementia and that is forecast to rise to 131 million by 2050.

Read more: What it's like to care for a partner with dementia

The data are grim – even without mentioning the impact on caregivers, the health system and the economy. Yet, there are little glimmers of hope – in particular, research showing that dementia is preventable, at least in part.

A study published in medical journal The Lancet shows one in three cases could be prevented or delayed if people took better care of their brains.

Based on a review of scientific literature and mathematical modelling, a panel of 24 global experts identified nine factors that increase the risk of dementia and how much those risks could be lowered if they were addressed.

All told, the potential risk reduction adds up to 36 per cent – but, of course, health problems are easier to avoid in theory than in practice.

Still, some important lessons can be drawn from this list of modifiable risk factors. While things such as smoking and inactivity are commonly seen as lifestyle choices, they are largely symptoms of poor socioeconomic conditions.

That's a reminder that, as Dr. Martin Prince of the Institute of Psychiatry, Psychology and Neuroscience at King's College London writes in The Lancet: "Dementia selectively affects the old and frail, women and the socioeconomically and educationally disadvantaged."

The research also drives home another key point: The brain changes at the root of dementia occur years before the onset of symptoms.

Dr. Antoine Hakim, emeritus professor of neurology at the University of Ottawa, stresses this point in his new book, Save Your Mind: Seven Rules To Avoid Dementia.

While the script for dementia is written early, perhaps as early as our teenage years, he writes, the risk of dementia is modifiable – up to and including when symptoms of cognitive decline begin – because of the plasticity of the brain.

Dementia is caused by the death of brain cells. But Dr. Hakim notes that most cases are not Alzheimer's – characterized by tangles and plaques in the brain – but caused by vascular problems such as high blood pressure and stroke.

Of his seven golden rules for brain health and reducing dementia risk, Dr. Hakim's No. 1 recommendation is to "save for a rainy day," to grow the brain's capacity and resiliency by exercising it like a muscle.

We can't prevent dementia from killing people, but we can delay its onset. A one-year delay would translate into nine million fewer cases by 2050; a five-year delay would halve the prevalence of dementia globally in that same time period.

Want to stave off dementia?

Those simple counsels are the best tools we have in a world where there are no drugs or treatments that prevent dementia.

There are 100 billion neurons, trillions of contact points known as synapses and 600 kilometres of blood vessels in the brain, and "everything we do – and don't do – affects the health of these cells and their connections," Dr. Hakim writes.

Dementia is not a natural consequence of aging. Risk depends, in part, on genetics, and on the lifestyle "choices" we make. (And we have to be careful with that word because major factors such as poverty and education are rarely a choice.)

As The Lancet notes, "dementia is the greatest global challenge for health and social care in the 21st century."

But it is not a runaway train. We have the ability to prevent – or more realistically, delay – the disease. And keeping dementia at bay, even temporarily, can change a lot of lives.

We can save a lot of minds by using our heads.

Report details day-to-day activities that may help ward off Alzheimer’s
July 20, 2017
What it’s like to care for a partner with dementia
May 9, 2017
Opinion
Lifestyle tops drugs (again) in delaying dementia
November 29, 2016
Opinion
It’s time for Canada to lead on brain research
July 13, 2016 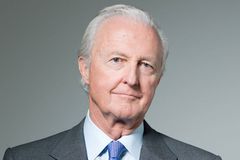