In April, 1915, two events unfolded that redefined the limits of man's inhumanity toward his fellow man.

Two days later, on April 24, 1915, the Young Turk government of the Ottoman Empire ordered the arrest of Armenian community leaders in Constantinople as a prelude to its campaign to rid the empire of its indigenous Armenian population, thus introducing the world to the spectre of industrial-scale genocide. The international response to these two events has influenced future events in very different ways.

As we were tragically reminded by recent events in Syria, the world has drawn a red line on the use of chemical weapons in conflict. International condemnation of chemical weapons after the First World War was so severe that the Second World War's combatants almost never used them on the battlefield. And yet, the world's silence on the Armenian genocide emboldened the Nazis as they planned to rid Europe of its Jewish and Roma populations.

If the international community expects to make genocide as intolerable as chemical warfare, it must collectively commemorate the events of 1915 to 1923 and condemn their denial by Turkey's government.

The Turkish Republic began executing its denial campaign at the time of its founding in 1923. It reinvented Ottoman history and therefore failed to learn and teach the lessons of genocide. Minorities continued to be persecuted and their historical presence in Asia Minor erased.

Today, Article 301 of the Turkish Penal Code is one of many mechanisms of Turkey's denial. This law criminalizes insulting the "Turkish Nation." Referring to the Armenian case as genocide qualifies. Turkish intellectuals, including Nobel Prize winner Orhan Pamuk, have been punished under this law. In 2006, Turkish Armenian journalist Hrant Dink was prosecuted and received a six-month suspended sentence. He consequently became a target for extremists in Turkey, who assassinated him a year later.

The Turkish government's denial is also an assault on Canada's history. Canadians have been aware of the plight of Ottoman Armenians since the late 19th century and have provided aid. The Globe and Mail's predecessor, the Globe, led humanitarian aid campaigns after the 1895-96 massacre of 300,000, the 1909 massacre of 30,000 and the 1915-23 genocide of 1.5 million.

Public support for the Armenians inspired Canada's government to accept a proposal that allowed some orphaned boys and girls to be brought to Canada. Between 1923 and 1927, 109 young survivors of the genocide were settled on a farm in Georgetown, Ont. By providing assistance to non-British Commonwealth refugees, the Armenian Boys' Farm Home was the first international humanitarian effort of its kind in Canada.

This shared history gave Canada the confidence to stand up to Turkish pressure and recognize the Armenian genocide in 2006.

Nearly 100 years after the first use of poison gas on Europe's battlefields, the world has made it clear that chemical weapons use is unacceptable and will be punished. Unfortunately, the same cannot be said about genocide and genocide denial. Combatting denial is the first step to drawing a red line against genocide. Commemoration, education and justice are crucial as we stand at the doorstep of the 100th anniversary of the first genocide of the 20th century.

Raffi Sarkissian is founder and chair of the Sara Corning Centre for Genocide Education. 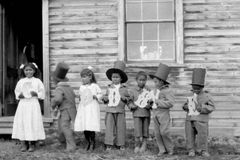 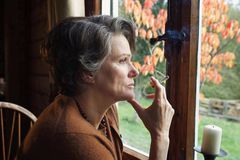