It must have sounded like a good idea in the back office. Someone at the Department of Foreign Affairs noticed that Canada's embassies have long lineups in their downstairs consular offices, where Canadians travelling and living abroad seek help with travel emergencies, medical problems, arrests and legal troubles abroad, foreign visa hassles and sometimes flight from major disasters and military conflicts. It costs money to staff those lineups. And someone observed that many of those people in the lineup have been away from Canada for a long time. Some of them have other passports.

So, an unnamed official has suggested to Foreign Minister John Baird, why not eliminate consular services, or scale them back sharply, for Canadians who have other passports or who have been living abroad for years? It could save millions, and end the awkward problem of "Canadians of convenience" – people who hold Canadian passports for travel purposes despite having lived abroad for years or decades.

It might sound good – there are indeed at least some people out there who are Canadians on paper only, and have few tangible ties to their country of citizenship – until you think about it.

On practical grounds, it would not work: How would Canada ever determine who is a "legitimate" Canadian citizen and who is a mere "Canadian of convenience?"

Dual citizenship is not a useful way to draw the line: of the thousands of Canadians who have it, a great many are committed, well-connected Canadians. Canada does not require you to give up your previous citizenship when becoming Canadian, and who would? Canadians are not required to disclose if they have other citizenships, and there is no consistent way to determine this.

And many undeniably "real" Canadians, in order to live and work abroad, have to take other citizenships: Much of the London financial industry is run by Canadians who also hold British citizenship. Are we really going to declare that Mark Carney, the governor of the Bank of England, is ineligible for Canadian consular assistance? Would we simply punishing our own most successful citizens for their very international success?

Many people hold Canadian citizenship while living for years or even decades abroad, in order to obtain crucial skills and business successes, which they then bring back to Canada later in life, creating some of our country's greatest success stories. Do we want to punish such binational successes?

The other suggestion, that we cut off consular assistance by some measure of loyalty to Canada – time spent in Canada, taxes paid in Canada, number of trips back to Canada – sounds superficially more workable. After all, Elections Canada (rightly) forbids Canadians from voting in elections if they've been away for five years; why not do the same for consular help?

But this would be nearly impossible to implement: It would require a regime of reporting and record-keeping that does not currently exist, and whose implementation would almost certainly cost more than the savings in consular staff hours.

And it would need to be very well-run indeed, because the risks are horrendous: Do we really want to create a situation where we will refuse to come to the aid of a Canadian citizen in deep trouble, just because she has a good job abroad and hasn't had the wherewithal to take a trip home for a couple years? Do we want to risk having a Canadian die abroad of a treatable malady, or suffer torture in a foreign prison, because we have inaccurately gauged their days spent in Canada?

It would be near-impossible to implement, open to tragic flaws, and probably unconstitutional.

Far better to deal with the problem of "Canadians of convenience" using a policy change suggested by Chris Alexander, the minister of citizenship and immigration: Change the rules for obtaining Canadian citizenship so that you're required to have lived in Canada for four out of the last six years, rather than three out of the last four years.

This longer residency requirement would put Canada in line with many other Western countries. And it would solve the problem at its source, rather than through an awkward, expensive, inhumane and probably illegal attempt to deny assistance to Canadians abroad. 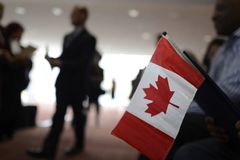 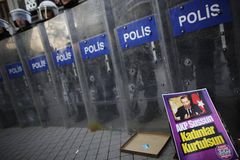