Neil Arason is the author of No Accident: Eliminating Injury and Death on Canadian Roads, Wilfrid Laurier University Press

There continues to be endless discussion about drivers who use cellphones. Ontario's recently announced new laws aimed at hitting distracted drivers with larger penalties may give us a feeling that something is being done about the problem, but is that feeling justified?

Fighting distracted driving with tough new penalties may make us feel good but that feeling may largely be an illusion. We should instead be giving priority to changes that work automatically by design.

Despite all the attention the issue of driver distraction is getting across much of Canada and elsewhere, most surveys show large numbers of drivers remain undeterred. In the U.S., one in four drivers admit to texting or e-mailing while driving, and every single day people across Canada and the globe are killed or severely injured from crashes involving driver distraction. Scientists know that text, phone and social-media messages generate a lure that is, for many people, as irresistible as a slot machine or a drug.

On top of that, cellphone use by drivers increases crash risk by three times and texting by 23 times. MRI-based studies reveal reduced brain activity when drivers talk on a cellphone, and more researchers are comparing distracted driving to drunk driving.

Perhaps this is why in the U.S., former Nassau County District Attorney Kathleen Rice wrote to Apple, Google, Microsoft and BlackBerry in 2014 asking them to include switches directly in their devices' operating systems so existing texting features are automatically shut off on drivers.

For those that may think that was a bold move, it really wasn't because it's already possible to block cellphone calls and text messages from drivers when a vehicle is in motion, and a growing number of applications and devices can do this. But the auto makers, with help from the mobile-device makers, could be required to build even more advanced and integrated systems. Yes, there are some legal and technical challenges, but these could be overcome if the issue was given the right priority.

Since Canada and the U.S. allow cars to roll off the assembly line with hands-free driver communications systems built right into them, we are ignoring years of research that shows hands-free cellphone talk has cognitive impacts detrimental to safe driving. A 2013 study from the Texas A&M Transportation Institute found that even voice-to-text applications used with mobile devices do not actually provide safety benefits to drivers. Even hands-free cell talk remains a safety problem on our roads.

We must also stand back from the problem of driver distraction to see the wider landscape.

Distraction is, after all, only one of many things that affect the ability to drive safely. Countless human factors do so, and these include fatigue, alcohol, drugs, poor vision, agitation, speeding and everyday human error. No studies show that much, if any, progress toward achieving better road safety has been accomplished by getting drivers to drive better.

What does work then? The majority of injury-reduction progress has come from the way we design cars and roads and set and manage speeds. One study estimates that in the United States, from 1960 to 2002, better vehicle safety standards and technologies alone saved approximately 328,551 lives.

We can look even further along these lines for answers. For example, advanced automatic emergency braking and lane-departure warning systems are already being mandated in Europe for certain classes of trucks and buses. These collision-avoidance and auto-braking systems provide some of the greatest potential for injury reduction, but they are not yet mandated in Canada or the U.S. Radar, Lidar and camera-based technologies are proliferating around the world while dropping in price at an unprecedented rate. Unlike exhortations to ask people to drive better, these technological systems really do provide mitigation against the relentless march of human error – all kinds of errors, including the many types of driver distraction. And we can implement these systems today, including the technology that blocks drivers' cell coverage, in all new vehicles without waiting for self-driving cars to enter mainstream markets.

Ultimately, the best road-safety solutions involve giving massive priority to the way we manage and regulate vehicles, speeds and roads – the things that are proven to increase safety and that work automatically by design. Road crashes kill and injure thousands of people every year in Canada and remain an untreated public health problem that demands a bold multipronged response across all levels of government. As they like to say about road safety in Sweden: "In every situation a person might fail, the road system should not."

Sept. 4: Pedestrian safety, so kids don’t die. Plus other letters to the editor
September 4, 2017 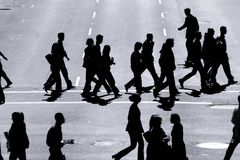