More surprising than the news that the City of Vancouver's Development Permit Board rejected the proposal for a nine-storey condo building at 105 Keefer St. in Chinatown is the fact that the news was met with such shock.

Imagine – a developer turned down by the City of Vancouver. That simply doesn't happen here. In fact, it's the first time in 11 years that the board has rejected an application.

Is it possible that the voices of a neighbourhood may have actually been heard? Is there a slim chance that the development permit process might be something more than a rubber stamp weighted heavily – almost without exception – in favour of developers?

It is, judging by the reaction, an outcome that no one expected.

Certainly, the Chinatown group that rallied opposition to the project was flabbergasted.

"We were shocked. We were in the room looking at each other and were just – mouths agape," said Nathanel Lowe, an organizer with the Chinatown Action Group that opposed the Beedie Group development. Mr. Lowe credited the hundreds of people who turned out at every stage of the proposal for the panel's rejection of the project.

Equally flabbergasted was the Urban Development Institute (UDI), which speaks for the development industry in the province. It points out that the revised proposal (which had been scaled down to nine storeys from 12) met existing zoning regulations and conformed to the official community plan.

"This is the first time since 2006 that the Development Permit Board has rejected an application. We, the industry, see no policy reason for why this was rejected," UDI president and CEO Anne McMullin said.

The UDI goes on to suggest that the decision undermines the city's planning process and throws into question future projects, not only those in Chinatown. The statement concludes: "This ruling creates significant uncertainty because our members don't know if they can rely on zoning, urban area plans, advice of city staff or recommendations of the Urban Design Panel."

The statement is, however, deaf to the one thing that may have seen this proposal rejected: The neighbourhood didn't want more condos. Mr. Lowe said what's needed is affordable housing for Chinatown residents.

The UDI statement also ignores the context of what has happened to Chinatown since the city eased building height restrictions in 2011. Lifting those restrictions has seen the development of 12- to 15-storey buildings on Main Street between Keefer and East Georgia.

Mr. Lowe said it's because of that development that the Keefer Street property became a line in the sand.

"I think it was those very buildings that have been raising alarms," he told me in an interview. "This is an ongoing fight and we're already seeing the effects of gentrification in the neighbourhood."

Gil Kelley, the city's general manager of planning, design and sustainability sat on the three-person panel that voted 2-1 to reject the proposal. He says the role of the development permit board is fairly narrow.

"We really can't judge on whether a project has luxury condos or social housing or something in between," he said. "What is within our purview are the design aspects including whether or not this meets the test of being a culturally appropriate design for the context around it."

Mr. Kelley said the site is significant as a gateway to Chinatown and as a symbol for the entire neighbourhood.

"Did this meet the design test in our opinion? In my opinion, it did not. We really need a remarkable building there that is both context-sensitive and excels in its design response."

What happens now remains to be seen.

Mr. Lowe said his group was hoping the city could somehow take over the land.

Mr. Kelley said the city has explored the possibility of a land swap, but after two months of negotiations there was no deal to be had. He said the developer is free to reapply with a different design.

As for whether the public opposition to the development had anything to do with the panel's decision, Mr. Kelley said the need for social housing or the inclusion of culturally appropriate businesses were not factors, and that the application failed on its design alone.

Regardless, opponents are calling it a victory.

"This has really shown that the power of organizing working-class folks is powerful and we were able to win the day," Mr. Lowe said.

Is it the disaster for the development community the UDI suggests? Not really. I imagine that developers will – for the most part – continue to have their way with the city.

Anything less would be shocking. 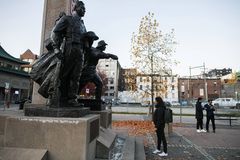 Controversial condo decision in Vancouver’s Chinatown may be ‘unprecedented’
November 5, 2017

Opinion
Will Vancouver ever stop eating its young?
November 2, 2017 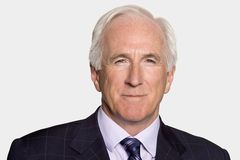