In the aftermath of the biggest upset in U.S political history, people are groping to find the reasons why. One popular explanation is that racism and misogyny elected Donald Trump. As Jenée Desmond-Harris wrote in Vox, "Never underestimate the power of racism and bigotry." He brought out the worst instincts of America and rode the hatred all the way to the White House.

The exit polls tell a different story. People desperately wanted change – and they would even vote for Mr. Trump to get it.

According to the exit polls, fewer than 40 per cent of voters think Donald Trump is honest and trustworthy. Only a third said he has the temperament to serve effectively as president. Many of those who voted for him expressed deep reservations. Mr. Trump scored well on only one character trait: "can bring needed change." And to voters, that was the trait that mattered most.

Why did almost the entire media miss the Trump trend? They missed it because they were in denial. They knew, statistically, that Mr. Trump could win. Nate Silver's final forecast at fivethirtyeight.com put the odds of a Trump victory at 29 per cent. But the thought was too terrible to contemplate. So they (me included) didn't.

The New York Times was among the worst offenders. It portrayed most Trump supporters as if they'd crawled out of the basket of deplorables. It missed the fact that most of them are solidly middle class. Many of them once voted for Barack Obama. After the election, Dean Baquet, The Times's executive editor, admitted, "If I have a mea culpa for journalists and journalism, it's that we've got to do a much better job of being on the road, out in the country, talking to different kinds of people than the people we talk to – especially if you happen to be a New York-based news organization – and remind ourselves that New York is not the real world," he told the paper's media columnist.

As Bernie Sanders tweeted the other day, "I come from the white working class, and I am deeply humiliated that the Democratic Party cannot talk to the people where I came from."

That will be a gigantic challenge. The cultural chasm between Middle America and the Democrats/New York Times is vast. Cultural cluelessness is their biggest blind spot. As liberal progressives became obsessed with transgender bathrooms, middle Americans wondered if their incomes were ever going to go up. They are not especially preoccupied with climate change. They admire the cops, and do not think of themselves as racists. When Hillary Clinton declared in the first debate that "implicit [racial] bias is a problem for everyone," millions of people silently answered back, "No, it's not." Meanwhile, Mr. Obama reassured them that the economy is doing just fine (even if not for them).

Bill Clinton was the last Democratic president who knew how to talk to the working class. Then he joined the Davos crowd and started travelling the world in private jets. Hillary's campaign wanted her to get out more among the masses. But the masses weren't her thing. Receptions on Park Avenue and $250,000 speeches to Goldman Sachs were her thing, and the masses knew it.

Progressives are also rending their garments because Mr. Trump's victory was a decisive loss for feminism. How could so many women, especially college-educated ones, have voted for a groping misogynist like Mr. Trump? Or, as a Guardian writer put it, "How do I tell my daughter that America elected a racist, sexist bully?"

Maybe she should tell her daughter that Ms. Clinton was the second most unpopular presidential nominee in history. Or maybe she should acknowledge that most women reject the narrow, intolerant identity politics of today's feminism. The big thing the Democrats and the media don't get is that class trumps gender. Most women are not preoccupied with the glass ceiling, or what percentage of vastly overpaid CEOs and elite board members happen to be women. What they want are decent part-time jobs so that they can afford to stay home with the kids.

Donald Trump's election is Brexit, cubed. And the dismay of the elites is much the same. How could the masses be so shortsighted/ignorant/disastrously wrong? The answer must be that they are even more xenophobic/racist/susceptible to demagogues than we thought.

Such explanations are quite popular in Canada, where looking down our noses at those awful Americans has always been a national sport. But the same nation that elected Mr. Obama elected Mr. Trump. It's crucially important to understand why. 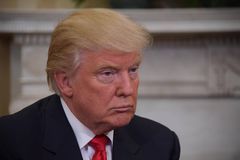 Opinion
Donald Trump might moderate his policies, but he’ll never moderate himself
November 14, 2016
Opinion
Trump has no interest in unifying America
November 12, 2016
Follow us on Twitter @globedebate Opens in a new window
Report an error Editorial code of conduct
Due to technical reasons, we have temporarily removed commenting from our articles. We hope to have this fixed soon. Thank you for your patience. If you are looking to give feedback on our new site, please send it along to feedback@globeandmail.com. If you want to write a letter to the editor, please forward to letters@globeandmail.com.
Comments