The U.S. President who infamously opposed one form of cross-border energy infrastructure is putting his weight behind another. But will Barack Obama's support for more cross-border electricity transmission links rescue provincially owned utilities from the deep holes they've dug by spending billions on new hydro projects amid a flooded North American power market?

The goal set at last week's North American Leaders' Summit to increase the share of clean energy in the continent's electricity mix to 50 per cent by 2025, from 37 per cent now, could largely depend on the fate of a several proposals to build new transmission lines to transport Canadian hydropower south. Yet each of those proposals faces steep opposition from U.S. environmental groups and electricity distributors, which argue that Canadian hydropower is neither clean nor renewable, while its cost far exceeds that of greener homegrown alternatives.

The North American Climate, Clean Energy, and Environment Partnership Action Plan calls for Canada, the United States and Mexico to "support the development of cross-border transmission projects, including for renewable electricity." A White House backgrounder noted that at least six such transmission projects – including five Canada-U.S. links – are in various stages of development, potentially boosting cross-border electricity trade by 5,000 megawatts.

"There may be some wonderful hydroelectric power that we'd like to get to the United States," Mr. Obama said in Ottawa. "The question is: Are there enough transmission facilities for us to be able to buy at a competitive price?"

Massachusetts Governor Charlie Baker also thinks Canadian hydro is pretty wonderful. He last month succeeded in pushing a bill through the state House of Representatives that would require state electrical utilities to procure 1,200 MW of hydropower under long-term contracts.

But the bill, now before the state Senate, is seen as anything but wonderful by its opponents. They include the Conservation Law Foundation (CLF), which calls the bill "heavy handed on imported hydro and far too light on the cleanest energy sources such as offshore and onshore wind."

The environmental group also opposes the $1.6-billion (U.S.) Northern Pass transmission line that U.S.-based Eversource Energy has proposed in partnership with Hydro-Québec. It says the 1,100 MW line through New Hampshire, which would run above ground along most of its 300-kilometre route, would sacrifice "iconic vistas that are essential to the long-term health of New Hampshire's recreation and tourism sector."

The CLF echoes several other environmental groups in disputing descriptions of Canadian hydro as "renewable," arguing that "the Hydro-Québec system has a larger carbon footprint than the wind and other renewable projects available to the states receiving the power," while the construction of big hydro dams involves flooding large tracts of pristine boreal forest.

The New England Power Generators Association, meanwhile, asserts that the Baker bill would "undermine a competitive electricity market" by forcing utilities to buy Canadian hydropower at fixed rates under contracts lasting up to 20-years, rather than on the open market, where electricity prices fluctuate and are currently at historically low levels in real terms.

Like all cross-border energy infrastructure projects, including the proposed Keystone XL oil pipeline that Mr. Obama nixed last year, Northern Pass would require a presidential permit to go ahead. But it will likely fall to Mr. Obama's successor to decide whether to grant one.

The odds of approval are higher for the Great Northern Transmission Line, which would enable Manitoba Hydro to transport 383 MW of power to Minnesota, helping the provincial utility offset the ballooning costs of recent hydro and transmission projects. The New England Clean Power Link also stands a decent chance of approval, since the 1,000 MW line would run entirely underground and underwater along a 250-kilometre route through Vermont.

Newfoundland's best hope for making the best of the bad situation its Muskrat Falls hydro project has become may lie with a proposal from Nova Scotia-based Emera to build a 370-km transmission line through Maine that could transport power from the Labrador project to the U.S. by bypassing Quebec. New management brought in to run Newfoundland's provincially owned energy corporation last month announced that the already uneconomical Muskrat Falls, now slated to cost $11.4-billion (Canadian), has gone 54 per cent over budget.

Still, whether any one of these transmission proposals sees the light of day will depend more on politics than economics. As former prime minister Stephen Harper learned in the Keystone saga, when it comes to cross-border energy infrastructure, there's no such thing as a no-brainer. 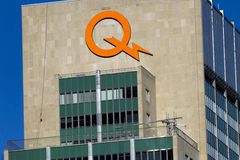