It seems odd that the big brains at Brandeis University were unaware of Ayaan Hirsi Ali's controversial views on religion, considering that her bestselling memoir is called Infidel.

Ms. Hirsi Ali is a Somali-born critic of Islam and campaigner for women's rights. A fierce opponent of genital mutilation, she was herself cut as a child. She has been a member of the Dutch parliament, and author of the screenplay for Submission, a film about Muslim women's oppression (its director was murdered). She was subject to so many threats against her life that she eventually left the Netherlands and became a U.S. citizen.

She has also, along the way, made inflammatory remarks about Islam, the religion she was born into and renounced. The quote that is most often brought up by her critics is one she made in 2007 to Reason magazine: "Once [Islam] is defeated, it can mutate into something peaceful. It's very difficult to even talk about peace now. They're not interested in peace. I think that we are at war with Islam. And there's no middle ground in wars."

None of this was secret; it's not as if Ms. Hirsi Ali was living in a basement for the past 12 years, scrawling her thoughts on a blackboard for an audience of mice. Brandeis, a small liberal college near Boston, thought highly enough of her work as a women's rights activist to grant her an honorary degree at this spring's commencement.

At least they were going to give her a degree, until Ms. Hirsi Ali's critics among the faculty and students heard of the honour, organized a whirlwind campaign of letter-writing and an online petition, and the university crumbled like a tower of grated cheese. Actually, grated cheese would have shown more structural integrity.

The university's statement read, "She is a compelling public figure and advocate for women's rights, and we respect and appreciate her work to protect and defend the rights of women and girls throughout the world. That said, we cannot overlook certain of her past statements that are inconsistent with Brandeis University's core values." The university's website lists some of those core values: "Students who succeed at Brandeis are self-motivated, curious and open to exploring new experiences that might test them."

Unless those experiences test their delicate sensibilities, I guess. Ms. Hirsi Ali told Fox News what she had been planning to say at the commencement ceremony. First, she was going to tell the students how lucky they were to be the recipients of a privileged Western education, with its emphasis on free thought. "The way to get to a better world, a world of peace, is to learn the ability as young people to think critically … That's exactly what universities are for. We send our kids to school so they can be confronted with ideas they're not comfortable with."

That's what I thought too, although this sentiment is beginning to seem as quaint as an Easter bonnet. (Sorry, I shouldn't say Easter, as this may offend atheists, pagans and rabbits' rights activists.) These days, there's a whole lot less "listen to dissenting opinions" and a whole lot more "drown them out, then drum them out."

Last month, University of Ottawa professor Janice Fiamengo gave a campus talk on the incendiary topic of rape culture – or at least she tried to, over a cacophony of banging, hooting and shouting. "Why are you so frightened of hearing an opinion different from your own?" she asked. I don't happen to agree with Prof. Fiamengo's position, but I do want to hear what she has to say. It's a core tenet of debating that you use your opponent's arguments to strengthen your own, and you learn nothing from silence. You can't whet your knife on air.

In 2011, a talk by George W. Bush at one of the University of Toronto's colleges was cancelled after student protests, and near-riots put the kibosh on conservative polemicist Ann Coulter's speech at the University of Ottawa. This is known as "the heckler's veto," a lovely phrase used by Josh Wheeler of the Thomas Jefferson Center for the Protection of Free Expression. Mr. Wheeler was quoted in The Washington Post last year after U.S. universities cancelled commencement speeches by figures who were not ideologically pure enough – former World Bank chief Robert Zoellick (Iraq war supporter) and neurosurgeon Ben Carson (gay marriage opponent).

The word "cancelled" is operative here. Like Brandeis, those universities extended invitations and then, after the inevitable tornado of indignation, cravenly rescinded them. "Too often, it's easier to eliminate the problem than deal with the controversy," Mr. Wheeler said.

These are censorious times, on campus and elsewhere. The Atlantic has nicely dubbed it "the culture of shut up." That is to say: My freedom depends not just on my conviction in the sanctity of my opinion, but on your inability to express yours.

What happens to the opinions that are suppressed? They go under the floorboards, in the dark, and breed. 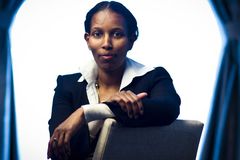 Opinion
While we hesitate, the terminally ill are denied a peaceful end
March 31, 2014