This past weekend, Quebeckers – including elected leaders – participated with enthusiasm in Montreal's Gay Pride parade. The message was that gays and lesbians are out, loud and proud.

But only days later, the message is very different. In its proposed Charter of Quebec Values, the province's government signals that public officials cannot wear religious symbols and dress, and that shared public institutions and spaces should keep out those who present themselves openly as religious.

Individuals of faith are told to retreat, to be silent, to act ashamed. They are asked to keep the version of themselves that shows who they are and to which faith they belong in the closet, never to be let out in public or in interaction with others. This is not pride in the diversity of human beings who live together in this province; instead, it is a clear directive to go into hiding, to make sure that we give no indication of any part of our identities that may be tied up with faith, belief and religious community.

A Charter is a symbol of who we in a society are, how we constitute ourselves, and what we stand for together. The Quebec Charter of Human Rights and Freedoms, dating from 1975, showed a society deeply committed to equality, free expression, free association and to the right not be subject to discrimination. When we talk about, and take pride in, the Quebec to which we belong, that Charter is a key part of the conversation. Quebec showed itself to be a leader in the world, an open, welcoming and diverse community.

But long before then, le vrai Québec was always a society of interacting communities, languages, creeds and cultures. That is our history, our legacy, our patrimoine. Les vrais Québécois have always been against the suppression of identity.

If this government, and this society, is searching for a way to characterize what it means to belong to Quebec, that isn't so difficult. Surely it means commitment to openness to the world, freedom of thought and expression, gender equality for girls and boys and for men and women, transparent governance, flourishing of the French language, commitment to ongoing education. These are precisely the indicators of any free, democratic and healthy society: respect for individuals and communities, along with a strong sense of collective commitment.

But by adding this Charter of Quebec Values into the mix, we diminish rather than strengthen our society. We betray our own heritage; we forget our own history; we fail to uphold the values that we say are so crucial to our everyday lives and future. Only misguided rhetoric can establish this proposed Charter as a symbol of what it means to be vraiment Québécois.

To an incredulous world, this initiative to enforce a strict secularism looks flawed and misguided. If Quebec wants to distinguish itself by looking closed-minded, disrespectful of all of the ways in which human beings present themselves, disdainful of faith as characteristic of humanity's history, then this Charter does exactly that. Overnight, Quebec will establish itself as immature, dictatorial and backward.

Yes, religious belief is something profoundly internal and individual. But it is also something that people show about themselves, something that brings people together, something that has deeply influenced conversations over the centuries about where we come from, who we are and where we are going. If there are sometimes clashes of norms between a state and religious belief or action, then the way to deal with them is to confront them openly and explicitly, not to require religion to go underground, where it is never invited to engage in tough debate with the societies in which it exists.

This fall, as school resumes, some students will come to their classrooms – as they always have – wearing kippahs and crosses, hijabs and turbans. Just like the students sitting next to them who present themselves through their dress as "secular," they will be expected to interact with their peers, to listen and learn, to engage in vigorous discussion and debate.

Girls and boys, men and women, they will participate fully in shared space and go on to contribute as residents and citizens of the province. They are all "vrais Québécois." They are all part of a society – le vrai Québec – that can surely celebrate its diversity, respect its members and stand as a beacon to others.

Shauna Van Praagh is an associate professor in the faculty of law at McGill University. 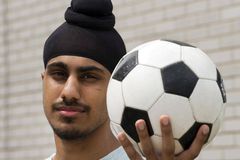 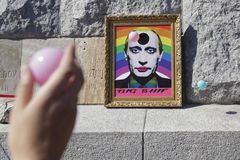