More and more celebrities are starting to speak publicly about their struggles with mental health issues, in the hopes of raising awareness. Their star power brings a lot of media attention to an issue that usually gets short shrift – but does this type of celebrity press actually help reduce the stigma of mental illness?

While this may be true for some, it is not difficult to think of celebrities who have paid the ultimate price because of their mental illness or substance misuse. Among those that come to mind include Whitney Houston (age 48), Heath Ledger (28), Amy Winehouse (27), Marilyn Monroe (36) and Judy Garland (47).

A second criticism is that it's okay for a celebrity to talk about their struggles with a mental illness because they don't have to worry they'll lose their job or be socially marginalized. They are, after all, rich and famous. They don't have the same fears of joblessness or friendlessness that the average person faces.

Supporters of celebrity declarations point to the shame and secrecy that has shrouded mental illnesses for generations. When celebrities talk about their mental illnesses, they increase awareness that highly creative and competent people may become ill. No one is exempt, not even the rich and famous.

When news about people with a mental illness is negative, often sensationalized accounts of bizarre behaviour or acts of violence, celebrities who talk about their recovery offer an important countervailing perspective. They convey a sense of hope. This helps break down the self-stigma that many people with a mental illness experience when they feel ashamed, unworthy, incompetent or unable to contribute to society. A celebrity disclosure may also be a tipping point for those who need mental health treatment but are afraid or ashamed to seek help.

But it's not just celebrities who are disclosing their mental illness. An increasing number of scientists, politicians, soldiers, authors, musicians, media personalities and sports heroes have also come forward. With just a little sleuthing on the Internet, it's not difficult to develop a long list of names. Many talk frankly about the difficulties associated with seeking treatment and the hard work involved in their journey to recovery.

It's also possible to find a growing number of personal testimonials written by ordinary people who have recovered from mental illness. These powerful personal stories are not only healing for the person who tells them, but help to break down the silence and isolation that accompanies mental illnesses.

Given the stigma that surrounds mental illnesses, such acts of disclosure are viewed as brave and heroic, and are increasingly met with gratitude and respect. Indeed, many mental health organizations celebrate the victories of ordinary people who live with the effects of mental illnesses through annual "hero" awards.

For these reasons, personal recovery stories are increasingly viewed as a best practice in stigma reduction. A number of programs across Canada are working to bring personal stories to classrooms, hospitals, universities and other settings.

People who share their personal experiences by talking about their mental illness do so to help others learn to be more accepting and less socially distancing. These stories educate the public about treatments and the dangers of avoiding treatments, as well as personal empowerment and hope. They highlight the fact that people with a mental illness can lead productive lives despite any symptoms they may still experience.

When so many Canadians believe that those with a mental illness will never recover, personal narratives – celebrity or otherwise – ensure that successes don't go unnoticed. For this, they should be applauded. 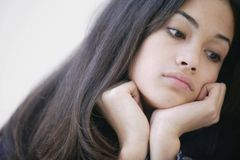 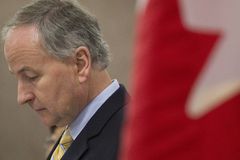 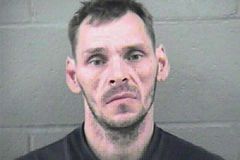