Critics used to go after former prime minister Stephen Harper for not being able to hold on to a communications director. He ran through more than a half dozen in his decade in power. Donald Trump, whose staffers come and go like the wind, has gone through five in just over a year.

One of these went down this week. In this case it was an important confidante, the mysterious former fashion model Hope Hicks. Her departure leaves the President more isolated and even more reliant on his own counsel, a frame of reference many find not entirely winsome.

Canadians wouldn't know Ms. Hicks very well. But neither do Americans. Though her job description called for her to be up front, the 29-year-old was reclusive, rarely in public view.

But at the White House she enjoyed a shining reputation. She had been at Mr. Trump's side before he started campaigning for the Republican nomination for the presidency. She is said to have had a calming influence on him, that of a mood manager.

Though her leaving was not anticipated, no departures from this White House should strike anyone as surprising. Staff turnover in Mr. Trump's first year was 34 per cent. All other presidents dating back to the 1980s had turnover rates of less than one-third of that.

Many of the departures have come from the top of the heap, a most recent one being senior adviser Rob Porter who left in disgrace over abuse allegations from two former wives. Ms. Hicks was dating him at the time of his departure.

The Porter connection may have been a factor in her leaving. Or it may have been because she was a focus of the Mueller probe into Russian collusion. The day before her announcement, she appeared behind closed doors at the House Intelligence Committee for nine hours of testimony. She admitted that she has told lies on behalf of the president but said they were only "white lies." That raised dark eyebrows.

The reason Ms. Hicks offered for leaving was burnout. But the timing was strange. Announcing her decision right after the committee hearing made it appear that there was a link.

That she had a calming influence on Mr. Trump is a tough notion to grasp. He is the least calm of any President anyone can remember. It may be that at times she turned him from raging bull in a china shop to just a fuming one.

In the self-control department he has never been naturally gifted. What stays behind doors in other presidencies goes outdoors with this one. The latest thunderbolt is the broadside he took this week at Attorney General Jeff Sessions. He tweeted that on a security file the performance of Mr. Sessions, who he has frequently attacked, was "DISGRACEFUL!" For good measure he put the word in capital letters. He obviously wants Mr. Sessions to resign. Mr. Sessions didn't take the hint.

Many senior positions are open because the President never got around to filling them in the first place. Given the reputation the White House has gained for chaos, infighting and insecurity, the question of who might want to work there has become a pertinent one.

Though Ms. Hicks receives a lot of plaudits, she could never restrain the President from his tweet storms or his penchant for putting out misinformation. Some are still keeping tabs on Mr. Trump's falsehoods or misleading claims. The Washington Post maintains he is clocking in at a rate of 5.9 per day.

If his approach has been helter-skelter to date, there is little likelihood given the departure of Ms. Hicks and others that change will be forthcoming. With his tempestuous take on the world, Donald Trump is more alone now than ever before. 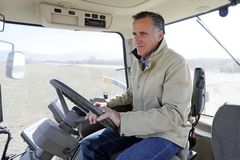 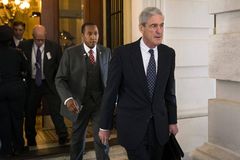