Once upon a time, a lot of people voted not for candidates or parties but for the big, all-explaining ideas they embodied. The last century was the age of the totalizing ideology: communism, fascism, socialism, libertarianism, theocracy.

Most of those big ideas have all but vanished from mainstream national politics. People generally vote for pragmatists of the left or right, who, in practice, support some variation on a market economy and a more or less pluralist society, or for charismatic individuals offering an equally ideology-free version of personal authority.

There's really only one totalizing ideology remaining, one overarching theory that is currently attracting voters. It is by no means a majority philosophy, but it is gaining in popularity, attracting voters who seem to hunger for a large, simple theory.

That ideology is racial nationalism – the belief that each country is associated with a race, a people or a religion; that it is therefore threatened by the arrival or rise to power of different people; and that the country's problems can be solved by preventing their arrival, ascent or empowerment.

It's certainly not a new idea. What's interesting about it today is how it has filled the vacuum once occupied by other big-picture ideologies. That is both its threat and the key to countering it: It appears that a lot of people voting for racial nationalists are not single-issue bigots, but rather people searching for satisfying large-scale answers, and racial resentment is the only one on offer.

Oxford professor Sudhir Hazareesingh, in his writings on the crisis of politics and thought in France, has documented what he calls "the turn toward ethnic nationalism," in which all of the big political ideas have withered on the vine, while resurrection of ethnic-French identity, and a turn against immigration and "Islam" and a disregard for anti-Semitism, has become central to mainstream politics. Most European countries now have a racial-nationalist third party; as French sociologist Emmanuel Todd has documented, these parties seem to have filled the spaces where the old hard left and right, and notably the Catholic church, once resided.

Donald Trump is, at the moment, offering the most prominent version of this ideology in the English-speaking world. At first, many observers (including this one) mistook his movement for something like economic populism.

But Trumpism's adherents are not significantly more economically marginalized than followers of any other major candidate. They're people hearing one answer.

In a big survey conducted this month by the think tank PRRI, one thing stands out, and it isn't economic. When given the statement "It bothers me when I come in contact with immigrants who speak little or no English," a whopping 64 per cent of Trump supporters agreed. Among backers of other candidates, fewer than half agreed.

As surveys by San Francisco political scientist Jason McDaniel have shown, expressions of "racial resentment" among voters increase with their level of support for Mr. Trump – something that doesn't happen with other candidates.

This is explained well in the study White Backlash: Immigration, Race and American Politics, by political scientists Marisa Abrajano and Zoltan Hajnal. Their surveys show that racial resentment has displaced class, income inequality, education, income, gender and age as identifying factors among a large part (but not majority) of white Republican voters. The group who came to support Mr. Trump are clearly defined by anger and resentment at having a black president, and a sense that their racial identity is their country's, and is therefore threatened.

But, as the authors note, this is not an inevitable turn in Republican politics. "The United States faces two radically different futures," they conclude. "In one scenario, the Republican Party alters its stance on immigration, it garners more votes from the nation's expanding racial and ethnic minority population, the worrisome racial divide … shrinks, and wide-ranging racial conflict is averted. In a more ominous scenario, though, the Republican Party continues to fuel a white backlash against immigrants and minorities … the racial divide in U.S. party politics expands to a racial chasm, and the prospects for racial conflict swell."

The fact that the first scenario offers a clearer path to victory – as conservatives in Canada, Britain and Germany have found – suggests that this last big idea will not become a map of the future. 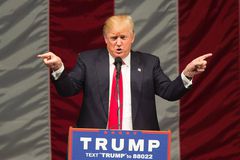