Canadians are witnessing a shell game in the phony election debate around whether we have a federal budgetary deficit or surplus.

Earlier this week, the Department of Finance announced that, lo and behold, the federal budget for the 2014-15 fiscal year that ended March 31 produced a surplus of $1.9-billion.

This surplus was described in some quarters as a surprise, which it was clearly not. Those in the know understood that Prime Minister Stephen Harper had instructed his finance minister, Jim Flaherty, to present a budget in February, 2014, that would make it look as if fiscal 2014-15 would end in a deficit of $2.9-billion.

Mr. Flaherty remonstrated that he could easily show a balanced budget for 2014-15, even a surplus. No, instructed his boss, always thinking politically. It would be better to save the news – the surprise! – until the fall of 2015, that is during an election.

In other words, the government understood long ago that the 2014-15 budget would not show a deficit, but it arranged to delay the news to maximize its political impact, which, as we see from recent media coverage, has happened.

How did the 2014-15 budget get balanced, let alone wind up with a tiny surplus of $1.9-billion that in the fiscal scheme of things means nothing, given the size of the Canadian economy?

Mr. Flaherty's budget for 2014-15, the one that could easily have been balanced or even shown a surplus, demonstrated how that result would be achieved in 2015-16 – less by "careful stewardship" as the government is now claiming, than by a huge increase in revenue.

In that 2014 budget, expenses were predicted to rise by $9-billion from 2012-13 to 2015-16. Expenses increased largely because of higher transfers to the provinces and soaring payments to the elderly. These would be somewhat offset by the government's freeze of departmental spending and by instructing departments to return unspent money to the treasury – the "careful stewardship."

In that same period, 2012-13 to 2015-16, while spending would rise by $9-billion, revenue would soar $37-billion! In other words, revenue gains would be about four times more consequential than spending restraint.

Of the $37-billion in new revenue, $20-billion more would flow from personal income taxes, $5-billion from the goods and services tax, $4-billion from higher corporate taxes, $3-billion from employment insurance premiums and the rest from sundry other items.

This $37-billion in increased revenue did not come from tax-rate increases but from the economy returning to something approximating normal after the slow-growth period following the financial recession of 2008-09.

This return to near normalcy, rather than any specific government decisions, flipped the federal budget from postrecession deficits to near-balance, and now to surplus.

The size of the Canadian economy is about $2-trillion. In that context, whether the federal budget shows a small deficit or a small surplus is almost totally irrelevant. Politically, the party leaders invest the budget number with inflated importance; economically, it doesn't matter. In Thursday night's leaders' debate, sponsored by The Globe and Mail, the attention the party leaders will likely pay to the issue will be in inverse importance to its real-world significance.

What does matter is what, if anything, the federal government intends to do over the longer haul about structural challenges to the Canadian economy and the federation.

According to the Parliamentary Budget Office, Ottawa will be in the fiscal pink no matter the political complexion of the next government. Provincial finances, however, will get worse because they deliver the most labour-intensive services (health, education, policing). Most of the provinces are running real (not shell-game) deficits. Most of them have high and growing debt levels. The fossil-fuel provinces face a particularly uncertain future, having built high-cost programs into a now-unrealistic revenue picture.

The aging of the Canadian population will lower growth and increase spending. No government will be able to escape the dilemmas that flow from this reality, yet no party is apparently willing to talk about them. Scaling up infrastructure, useful in itself, will not provide an escape. On Tuesday, the Centre for the Study of Living Standards in Ottawa hammered home the point that revenue growth in most provinces will be insufficient to maintain recent increases in health care.

Rather than confronting this aging challenge, the parties are showering promises of new spending on seniors, likely because so many more of them vote than younger Canadians. Mr. Harper announced on Tuesday a tax credit of up to $600 for single seniors. Both men and women are living longer, yet the opposition parties want to roll back a legislated change to the age for receiving Old Age Security benefits, to 65 from 67. 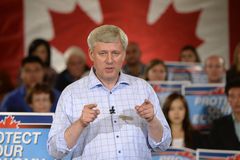 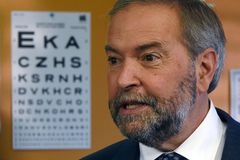 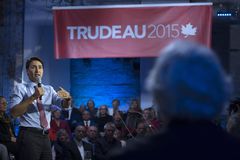