Trevor Tombe is associate professor of Economics at the University of Calgary and research fellow at the School of Public Policy.

"The current formula isn't fair to Alberta," says Doug Schweitzer, another leadership contender. And Jason Kenney, who many see as the front-runner, wants to "hold a referendum to force the federal government to renegotiate equalization to remove non-renewable resource revenues from the definition of fiscal capacity."

Despite the broad popularity of such positions, they're needless distractions at best and counterproductive at worst. While reasonable people can disagree over whether the federal government should support poorer provinces, and how such support is structured, most of what Albertans hear on the topic is wrong and the proposal to remove natural resources from the formula will backfire.

It's true there are large regional transfers in Canada. Between 2007 and 2015, federal revenue from individuals and businesses in Alberta exceeded federal spending in the province by $221-billion – an average of nearly $25-billion a year, or about 8 per cent of GDP. These are big numbers, but have almost nothing to do with equalization.

We're young and rich. One in eight Albertans older than 15 earns more than $100,000 a year, according to the latest census. With only 11 per cent of Canada's population, Alberta is home to 21 per cent of Canada's $100,000-plus earners and to a roughly similar share of Canada's corporate taxable income. High incomes mean high income tax payments and more spending means more GST payments. And with the smallest share of people older than 65, fewer CPP and OAS recipients live here. Over all, of the $27-billion net outflows in 2015, roughly $19-billion can be accounted for by good things (high income, young population, etc).

What about equalization? If the program was cancelled and all proceeds returned in equal per-person payments nationally, Alberta's $27-billion gap in 2015 would only fall to $25-billion.

Would excluding non-renewable resource revenue help? No. Alberta would still receive nothing, and Quebec would receive more. A lot more. I estimate its payment in 2017-18 would increase by $1.6-billion to nearly $12.7-billion. This is, presumably, the opposite effect that proponents of such a measure want. (This is due to the so-called "fiscal capacity cap," among other things, although the details don't concern us here.)

So why all the focus on equalization? Perhaps it's the complexity. But the basic principle is straightforward. If a province cannot raise an "average amount" with "average tax rates," then the federal government will – out of its own general revenue – top up that province to the "average amount." There are no transfers from Alberta to Quebec. Not at all.

Perhaps it's the apparent unfairness. Quebec receives $11-billion in equalization and enjoys a budget surplus while Alberta has a $10.5-billion deficit and receives none. But this neglects Quebec's high taxes – nearly double Alberta's, on average. If Alberta had national average taxes, it would have a surplus. But if Quebec did the same, it would have a large deficit.

What matters is not a province's actual budget balance, but its economy. And Alberta's is the strongest, by far, and therefore so, too, is its ability to raise revenue. It would have to contract by more than one-third in order to qualify for equalization payments. This past recession will not come close, just as previous ones had not.

I'm not suggesting there are aren't potential problems with equalization or other transfer programs. It may give an incentive to enact growth-retarding policies; for example, the treatment of Hydro revenue is problematic and beyond equalization, the EI program heavily favours Atlantic Canada.

I'm also not suggesting that misleading fiscal statements are confined to the opposition. Government politicians here often suggest economic diversification is the solution to Alberta's economic and fiscal troubles. This is not credible. In reality, our deficit is a choice; neither the result of a weak or undiversified economy nor the federal equalization program. We historically relied on oil revenue to fund profligate spending; we can do so no longer.

With an election not far off and budget challenges growing, the heated political environment in Alberta is likely to get worse. This is unfortunate. Alberta faces serious fiscal challenges that need serious leaders with serious solutions. Blaming others, dividing the province and misleading voters does real harm. It's not equalization that's broken; if anything, it's our politics. Opinion
The exorbitant cost of dentist visits in Alberta cannot be brushed off
September 1, 2017 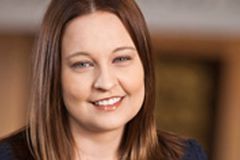 Opinion
The salaries of Alberta's university top dogs are wildly out of touch - and a disgrace to tax payers
July 21, 2017
Follow us on Twitter @globedebate Opens in a new window
Report an error
Due to technical reasons, we have temporarily removed commenting from our articles. We hope to have this fixed soon. Thank you for your patience. If you are looking to give feedback on our new site, please send it along to feedback@globeandmail.com. If you want to write a letter to the editor, please forward to letters@globeandmail.com.
Comments