From coast to coast, emergency rooms are bursting at the seams.

We are told, in public service announcements from health regions, in press releases from hospitals and in newspaper headlines, that the flu is to blame.

Our emergency rooms are overflowing because of bad planning and misplaced priorities.

Influenza is one of the most common and predictable infectious diseases on Earth. In Canada, it spreads from west to east and peaks at roughly the same time each year, near the end of December or early January.

Just as predictably, hospital ERs are besieged, most notably during the Christmas to New Year's period.

There is more illness in the winter – not just flu, but gastroenteritis, colds and other pathogens spread by coughing and sneezing in close quarters. Some years, the flu is nastier than others, such as this year, when the vaccine is not a great match for the widely circulated H3N2 strain – but even that we've known for a month.

The larger issue is that our health system does nothing to anticipate and adjust to these problems. On the contrary, it is irresponsibly inflexible.

During the holiday season, retail outlets extend their hours, add additional staff, stock more supplies, and so on. All sensible stuff – Planning 101, if you will – designed to make life easier for the consumer.

Hospitals, and the health system more generally, do the opposite: During the holiday season, they reduce or close a range of services, from hospital beds to primary care clinics, and funnel patients to jam-packed emergency rooms.

System administrators create a perfect storm of misery, then they have the unmitigated gall to issue PSAs telling people to stay away from hospital ERs because they're too busy.

And they get away with it, year after, by trotting out the dubious excuse that the "unexpected surge" in flu is to blame.

If there was a modicum of common sense in the administration of our health system, we would be opening special flu clinics, dispatching physicians and nurse-practitioners to nursing homes and people's homes to treat those most at risk (frail seniors and those with respiratory illnesses) instead of making them schlep to hospitals, and we would be extending the hours of primary care practices to divert people from ERs.

This is not to suggest, in any way, that everyone with the sniffles needs medical care. Sure, people have to take some personal responsibility but, if we expect people to self-triage then we have to a) do a better job of educating them about symptoms and danger signs; and b) guarantee that when they are seriously ill that they will get care promptly. We do neither.

We allow too many health workers and primary care providers, in particular, to take time off during the peak flu season, and that creates a ripple effect that results in overcrowded ERs and interminable waits. Sure, everyone wants to spend time with their families during the holidays but some sectors have to operate 24/7 year-round, and health care is one of them. Worse still, many senior administrators are MIA at this time of year, perpetuating the crisis.

What flu season does, more than anything else, is remind us that our health system is too often contemptuous of patients.

The winter surge also shines a spotlight on some chronic administrative illnesses that we talk about incessantly, but do nothing to resolve.

Hospitals in Canada are routinely at overcapacity – meaning they have more patients admitted than they have beds. At the best of times, many hospitals have patients on stretchers in hallways, but during the holidays the situation becomes even more absurd.

When you have overcapacity, you have no wiggle room. The solution is not necessarily to build more hospitals; a large part of the problem is a lack of home care and long-term care facilities.

Yet, in the short-term, during flu season, all beds have to be open and there may even be a need to establish temporary medical facilities.

There has been, in recent years, a welcome shift to primary care and community care, but those services have to be considered essential and bolstered, not reduced, during the holiday/flu season.

The so-called leaders in our health system need to stop blaming the public for their repeated institutional failures and start planning now for the flu surge that's coming in December 2015.

Take those insulting messages telling sick people to stay away from the ER and shove them – deep into a filing cabinet.

CDC: Flu season is hitting hard in the majority of states, could peak later this month 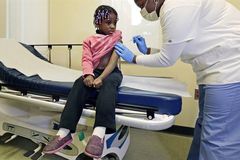 Flu season is peaking in many parts of Canada; the sick should head to bed 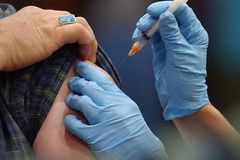