Ronald Reagan, the B-grade Hollywood performer, was once asked how being an actor prepared anyone for the presidency. To which he replied: How could a president not be an actor? Which brings us to Justin Trudeau.

It has been widely and properly noted, as a rebuke, that Mr. Trudeau is all hair and no substance. Certainly, his years as a backbencher have been undistinguished, apart from a successful career as a boxer. No one, except perhaps himself, can recall anything he said, let alone any issue with which he was associated.

But from the moment he draped himself over his father's coffin, the young Trudeau had a flair for the performance. He was born to be an actor, and he was born into the Liberal Party, and now he places his theatrical skills at the service of that party as its new leader.

Acting is more than reciting: someone on a public stage giving a performance. As a very wise friend (and not a Liberal) observed of Mr. Trudeau, he sponges up the emotions of his audiences. They see in him what they wish to see, or at least imagine what they wish to see, be it the memory of his father, his own youth and vigour, his intense good looks, his flawless capacity in both languages. He's the repository of hope, that most powerful yet indefinite of all political emotions.

Unlike his father, whom the Liberal establishment parachuted into the safest of Montreal seats, Justin Trudeau captured a very difficult seat and held it a second time. As is said in French, il a gagné ses épaulettes – he won his stripes as a street-level politician, just as, it should be said, NDP Leader Thomas Mulcair did in Outremont, a former Liberal fief.

Mr. Trudeau's constituency triumphs, and now his ascendancy to the party leadership, had nothing to do with policy positions but everything to do with name, work, organization and personality. He has been reproached by adversaries in the leadership race, as he will be in the House of Commons, for avoiding detailed positions on just about everything, as if such positions counted for anything.

Party delegates (like the general electorate) don't vote on specific policy positions but rather on sentiments, prejudices, memories, impressions and, above all, hope – hope for themselves, their families, their region and their country. Within a party, people hope for victory above all and, in this lot of Liberal candidates, only one, the easy winner, struck Liberals as the only person who could win, or at least make the party again competitive.

Mr. Trudeau was the only hope they had. Now he must try to convince Canadians that he's their best hope for a different approach from their national government.

We should remember how formidable the task will be of making the Liberals competitive once again. They haven't been the country's dominant party for three decades, during which they've lost more times than they've won. The role that made the Liberals what they once were – the sturdy bridge between French- and English-speaking Canadians – is played by others, New Democrats now, Progressive Conservatives from 1984 to 1993.

They've been befuddled over some of the pressures of our time: provincialism, global trade, the fiscal constraints on the state, income inequalities. Their great achievements – official languages, national symbols (the flag), the Charter – are now woven into the fabric of the country, no longer available for political credit.

Liberals face a Conservative Party with a redoubtable capacity for identifying its voters and appealing forcefully to them, and a bankroll and a method of doing politics that make it a foregone conclusion that Mr. Trudeau will face a withering barrage of negative ads from the Conservative attack machine because, as we've seen, this is how the Conservatives do politics. They're masters in the demonization of personality and the destruction of hope. Until Mr. Trudeau endures this barrage, he'll have seen nothing politically.

His résumé is thin, but his name is known. He has said much but nothing to recall. He has consistently been underestimated by those who undervalue the role of emotion, the mystical power of hope and the importance of acting in politics.

Opinion
The Liberals must find their sweet spot
April 8, 2013 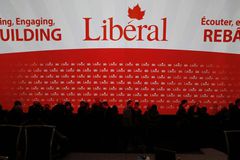