Ratna Omidvar is president of the Maytree Foundation.

Live-in caregivers are often a necessary support for Canadians, allowing them to go to work knowing that their babies, toddlers, aging parents or disabled family members are cared for at home.

Yet, the Live-in Caregiver Program has come under fire for its alleged misuse by Canadians (primarily of Filipino origin) as a proxy family-reunification program. The government has mused aloud about the program losing its integrity, hinting at an overhaul. Employment Minister Jason Kenney has questioned why caregivers are allowed to apply for permanent residence when other foreign workers are not.

The outcome could block a pathway to citizenship. Under the Temporary Foreign Worker program, caregivers are a rare group of low-skilled recruits who have access to permanent residency, with a major condition: They must spend 24 months working in Canada, living with their employer.

Despite this proviso, 6,242 people came to Canada in 2012, accepting the quid pro quo of live-in work for permanent residency. Given the program's attraction to both caregivers and families, the government should retain the program and strengthen its integrity, rather than throwing the baby out with the bathwater.

Not only should permanent residency be preserved, it should be made accessible immediately. Live-in caregivers do not fill a temporary gap, in the spirit of the TFW program. They meet a long-term labour need for Canadian families. It is well documented that live-in care work does not appeal to Canadians, so this particular labour-market shortage is not regional, cyclical or seasonal, but structural.

The live-in role, however, is the more significant distinction from other TFWs. The typical caregiver dedicates herself to a family of strangers, leaving behind her own family. She chooses to become part of the growing wave of women who provide services to people in more affluent countries. She does stints in Singapore, Hong Kong, maybe a few years in the Middle East before finding her way to Canada, where she can put down roots by applying to be a permanent resident, then a citizen. In time, she can bring her family to Canada, maybe study and better her economic prospects.

But she bears costs in the interim. She must live in someone else's home, loving and caring for another family while missing her own. The hours of work are long and isolating. We acknowledge these costs by offering permanent residency.

There are other costs we don't acknowledge: Exploitation, in the form of unpaid overtime, psychological or physical abuse. In theory, she can report it, but won't because it could jeopardize her becoming a Canadian as fast as she can.

This abuse is the cost of temporary status. If a conditional form of permanent resident status was offered on arrival, it would serve the needs of both employers and caregivers. The current system basically sanctions conditions of potential abuse against a reward of permanence.

What about the government's concerns? There is a practical fix for them, too.

Now, the recruitment onus falls on the family employers. A small industry services both them and the women seeking work. Complaints abound on all sides. Regulating it is difficult, if not impossible. Instead, the government itself could become the first player in recruitment, assessing candidates to create a pool of qualified caregivers in the same way it is proposing to create a pool of job-ready skilled immigrants.

A registry would achieve better oversight of the existing education, training and language requirements. It would replace the job-matching functions of the exploitative agencies. It would allay government concerns of misuse. Most importantly, it would keep the selection of future citizens in the hands of government, not private employers.

The monetary costs associated with managing a caregiver pool should be weighed against the inefficiency and delays of families conducting their own recruitment. It would also count against the estimated $1.28-billion in annual production lost when Canadians leave work, occasionally and permanently, to fill caregiver duties.

Canada needs robust national child-care and home-care programs. But these are a long way off, and the need to fill the market gap for low-skilled but essential caregiver jobs will persist. For now, Canadians need the Live-in Caregiver Program. Let's make it work.

Opinion
New foreign-worker rules a solution in search of a problem
June 23, 2014 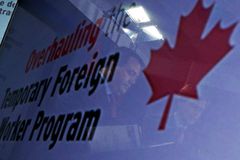