"I think it's a bit unfair that I have to be multicultural, while you get to be whatever you want to be." That was said to me a few days ago, with an ironic smile and no trace of anger, by a young, dark-skinned woman in a hijab who spoke with a more pronounced Canadian accent than mine.

I mention this not because her words surprised me, but because they have become so familiar. Over the past couple of years, when I have found myself hearing sharp criticism of multiculturalism in this country, it is very often coming from a Canadian-born child of religious-minority immigrants. "Multiculturalism was fine for my parents' generation," a Bangladeshi-Canadian radio producer told me, "but I have no use for it – it just makes me feel like a second-class Canadian."

The generation born after the M-word entered the Canadian vocabulary – the putative beneficiary of it – appears to find the concept obsolete. There don't appear to be any data on this, but ask around: Those who are the most "multicultural" often like the word the least.

How can this be, when Canada is just about the only country where the M-word is almost universally popular? Surveys taken over the past decade show that as many as 85 per cent of Canadians believe multiculturalism is good for the country. While leaders in Germany, Britain and France have gained political traction by blasting "multi-kulti," in Canada there is no major political party, left or right, that opposes the concept.

Why mess with a good thing, then? You have to understand the distinction. When people like me – a sixth-generation Anglo-Canadian – hear people criticizing multiculturalism, we think they're attacking the "multi" part. A good part of those unhappy 15 per cent would probably prefer the old Canada of British and French immigrants and natives. Add to that a few who don't care for darker skin colours and some who harbour a dark distrust of religious minorities.

But what bothers these children of immigrants is the second half of the word – not the "multi," but the "culturalism." They have no problem with ethnic, racial, religious or linguistic diversity – just not as defined, from the outside, by the neat categories preferred by people like me and by the government policies that enforce these categories.

This distinction is made sharply by British scholar Kenan Malik, who is part of a wave of British and European figures on the "ethnic" centre-left (he is of Indian-Muslim descent) who are outspokenly opposed to multiculturalism.

In his Milton K. Wong lecture in Vancouver last year, he identified the two chief ways we understand the word multiculturalism. The first is what he calls "the lived experience of diversity." That's how I enjoy multiculturalism – the Eritrean guy across my street who makes good coffee, the bowl of pork bone soup down the street in Koreatown.

The second he calls "multiculturalism as a political process, the aim of which is to manage that diversity." For immigrants, and especially their children, this is the face of multiculturalism – not an experience, but something that is done to them.

It is, to quote Mr. Malik, "a set of policies, the aim of which is to manage and institutionalize diversity by putting people into ethnic and cultural boxes, defining individual needs and rights by virtue of the boxes into which people are put, and using those boxes to shape public policy." The policies have created "communities," united by associations and generally self-appointed leaders, often through the temple or the mosque.

It only looks diverse from the outside. Inside those "communities," it is more like what economist Amartya Sen calls "plural monoculturalism" – a diversity of isolated islands.

How would I respond if I were subject to such policies? Imagine the creation of a white Anglo-Saxon Protestant policy, with celebrations organized by the WASP Council of Canada – whose leaders were typically older men from the Church of England – and everything I read about me was written through the lens of such councils and their spokespeople. Yes, it does sound like Toronto in the 1950s. I'm also certain I would rebel against it.

This is the post-immigrant shift: For the first generation, multiculturalism was a way to feel part of the national whole; for the second, it often feels like a barrier to such inclusion. For this new, comfortably inclusive Canada, we need a new vocabulary: More "multi," less "culturalism." 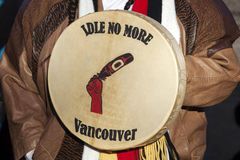 Obama’s election shows how diversity can provide an edge
November 15, 2012 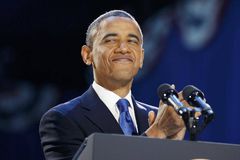