On Wednesday, the Minneapolis Star Tribune website featured a photo of 10-year-old Piper Hoppe, sitting on the steps of Walter Palmer's dental clinic. She was part of a small group of protesters, and she was carrying a sign with a photograph of Cecil the lion. Around his image, the girl had written in brightly coloured Magic Marker: "Dr. Palmer, Why Did You Kill Cecil?"

That is a very good question. It is also the essential question. Not whether he had the appropriate permits, or followed local bylaws, or lured a lion out of a protected area, or knew Cecil was a revered part of a research project. No, the fundamental question is this: Why kill something for the sake of killing it? What kind of person finds pleasure in that?

Last week, a female orca was discovered at low tide in Hartley Bay, B.C., trapped on the rocks. If the whale remained stranded and in the sun for even a short time, she would die. She was making distress calls, probably to her family nearby. Volunteers rushed to the scene, covered her in blankets and for hours doused her with saltwater to keep her cool, all the while trying to calm and soothe her. When the tide rose, the whale's five-tonne body became buoyant and she was able to swim to safety. People on the scene, interviewed after the fact, expressed wonder at what they had seen and satisfaction at what they had done. The life of a living, breathing, feeling creature had been saved.

The day after he was revealed as the man who had killed Cecil, Walter Palmer issued a statement. "I deeply regret that my pursuit of an activity I love and practise responsibly and legally resulted in the taking of this lion." Consider his words: "An activity I love." So what exactly is this "activity?"

It is seeking out something rare and beautiful and alive – and killing it. It is searching for this beautiful thing not for the joy of being awestruck at its existence, but to be able to say that you ended its life. It is the worst of the human impulses, which is in each of us: the impulse to destroy and to glory at the destruction we have wrought.

Death comes to all, eventually. What's upsetting is not that a lion has died. What's disturbing is that there are people, like the Minnesota dentist, for whom the greatest enjoyment in life is to fly across the world and pay huge sums of money for the pleasure of killing something, posing smilingly for pictures with the freshly dispatched creature, and then proudly posting a careful accounting of the kill to websites dedicated to keeping score. He was not hunting for food or self-defence. There's no defence of necessity or even utility. The killing is as senseless as can be.

Imagine if there were people who fantasized about, say, destroying famous works of art. The more rare and precious, the better. Their dream would be to go to The Louvre, the Maasai Mara of the art world, and torch a Monet or set fire to a Dutch Master, or open fire on Michelangelo from 100 metres. They'd be willing to pay handsomely to practise the activity they love. And you and I would consider them to be sociopaths.

Dr. Palmer has shot down all sorts of creatures all around the world – a leopard, rhino, elk and on and on. He would appear to have devoted his life savings to killing rare animals. The activity he loves, and he is hardly the only one, is the bringing of violent death to other living things. Again, this isn't hunting for food. It is killing because it's fun to kill. There's nothing else to it.

Hunter who killed Cecil the lion may have hunted in Alberta
July 29, 2015 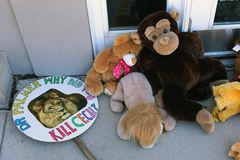 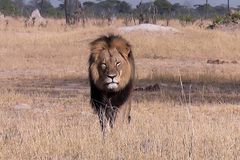