Peter McKnight is an adjunct professor in the School of Criminology, Simon Fraser University.

If news headlines are to be believed, no one in Canada has ever driven a car after smoking marijuana:

"If Canada legalizes marijuana, how will cops combat high drivers?"

Such headlines suggest that drugged driving will become an issue only if the federal government makes good on its promise to legalize marijuana next year.

The Criminal Code sees it rather differently, as it has prohibited driving under the influence of drugs since 1925.

Canadians, too, see it differently: According to the Canadian Alcohol and Drug Use Monitoring Survey, conducted annually between 2008 and 2012, about 2.5 per cent of Canadians consistently admitted to driving within two hours of using cannabis. Youth between 15 and 24 were twice as likely to cop to drugged driving, with 5 per cent having driven while high.

Sensationalist headlines notwithstanding, it's not clear whether legalization will lead to an increase in those numbers. But one thing is certain: Drug-impaired driving is already a problem – and worse, it's a problem few governments have seen fit to address. Perhaps motivated by opposition to their legalization plans, the federal Liberals have promised to tackle the issue, saying they will "create new, stronger laws to punish more severely … those who operate a motor vehicle under [marijuana's] influence."

Promises are easier to make than to fulfill, especially when it comes to prosecuting drugged drivers. To make prosecution easier, the federal government introduced two measures in 2008: Drivers suspected of drug use can be ordered to participate in a Standardized Field Sobriety Test (SFST) and, depending on the results of that test, can be subject to a further, extensive Drug Recognition Evaluation (DRE) at a police station.

These measures have been less than successful. According to a report from Mothers Against Drunk Driving, the DRE is highly accurate in assessing the drugs in a driver's system, but "research is lacking in terms of whether it correlates well with impairment of driving skills." Given that DREs are also cumbersome and costly, and were recently the subject of an appeal to the Supreme Court of Canada, their future remains in doubt.

As an alternative, Canada could follow the lead of Australia and many European countries and introduce roadside saliva testing, a measure similar to breath testing for suspected drunk drivers. If any tetrahydrocannabinol (THC) is present in the saliva, the driver could be subject to an administrative licence suspension or charged with a criminal offence.

That approach is not likely to pass constitutional muster, however, since small amounts of THC can exist in a person's saliva long after consumption. Consequently, many jurisdictions criminalize driving only if the driver's THC is above a certain level known as a "per se limit" – the level beyond which the average person's driving ability would be impaired.

Canadian law already makes use of per se limits; the Criminal Code prohibits driving with a blood alcohol concentration greater than 80 milligrams of alcohol in 100 millilitres of blood. Although the appropriate limit for marijuana isn't as clear, researchers suggest that a THC concentration of seven to 10 nanograms per millilitre is sufficient to impair the typical person's driving ability.

Given the uncertain science, any per se limit will undoubtedly be challenged in court. And a law authorizing police to demand a roadside saliva sample will be subject to a number of Charter challenges, including challenges concerning the rights to be free from arbitrary detention and unreasonable search and seizure.

But if Canada's experience with drunk driving is any guide, courts might well conclude that any infringements of such rights are justified, given the scourge of impaired driving.

Or they might not. The law is even less certain than the science, because so little has been done in the near century since drugged driving was criminalized – because the problem, in the minds of many, didn't exist. If legalizing marijuana helps us to see the problem, then that alone will make the new legislation worthwhile. 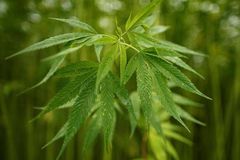 Spike in drug-impaired driving could follow pot legalization: documents
August 11, 2016
Follow us on Twitter @globedebate Opens in a new window
Report an error Editorial code of conduct
Due to technical reasons, we have temporarily removed commenting from our articles. We hope to have this fixed soon. Thank you for your patience. If you are looking to give feedback on our new site, please send it along to feedback@globeandmail.com. If you want to write a letter to the editor, please forward to letters@globeandmail.com.
Comments